Super Smash Bros Ultimate is just over two weeks away from hitting shelves with the biggest roster of Nintendo mascots to date, yet fans are still saddened by the glaring omission of Waluigi. In what seems like a Christmas gift all of its own, the firm finally acknowledges that it has heard the outcry for the Luigi counterpart.

Waluigi has been in high demand ever since his absence from 2001’s Super Smash Bros Melee, with fans taking over various forums prompting the developers to include the lanky, purple-clad villain. Despite not being a part of the rosters in Super Smash Bros Brawl and Smash 4, fans still haven’t given up hope as numerous petitions continue to clamour for the fighter.

Addressing these fan efforts in an interview with Okay Cool, Nintendo of Canada's Andrew Collins states that the firm isn’t oblivious to the desires of its fans. In fact, Nintendo seeming takes note of everything fans post around the game, including artwork. 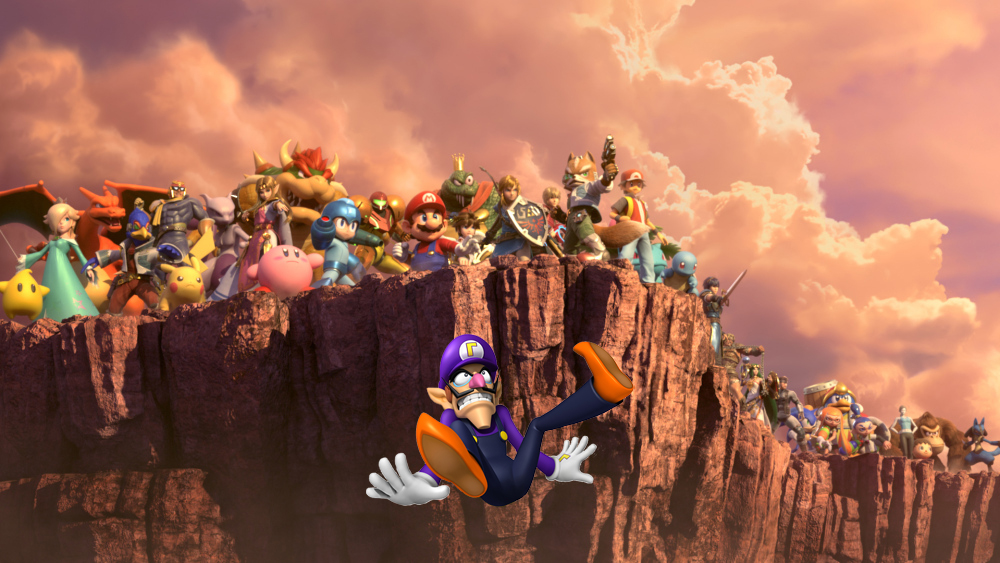 “I think it’s great when something builds naturally because, you know, as a marketer, when you have something that goes viral like that it’s brilliant. You can’t buy that. You can’t create it. And when the fans do something like that, it’s amazing. But it’s so good to see from a passionate side of things. And let’s face it, it’s funny,” explains Collins. “I’ve seen some of the photos. I’ve seen some of the artwork that people have created, and it’s fantastic to see their passion. And, you know, there are some gifted people out there.”

Sadly, Collins didn’t confirm whether Ultimate will be Waluigi’s saving grace, as the five mystery DLC fighters are already set in stone. These as-of-yet-unannounced characters will be available individually at $5.99 each or in a $24.99 bundle that includes an outfit based on Xenoblade Chronicles 2. Fighters Pass content should end by February 2020, with no telling what plans Nintendo has beyond this period.

KitGuru Says: Personally, I’ve never been a big fan of Waluigi but I can certainly sympathise with those still waiting on the potential fighter. Would you like to see the doppelganger make his way into Super Smash Bros Ultimate? What moves could set him apart from the other Mario characters?

Previous Fallout 76 (PC Gameplay) – Is it a FLOP or NOT?
Next Sources speak out on Diablo 4 development and why it wasn’t announced this year