Since its 2016 debut, developer Hi-Rez has defended its hero shooter, Paladins, from accusations that it is a copy of Blizzard’s Overwatch. This would be much easier, however, if the title hadn’t been caught red handed recycling official Overwatch artwork within an advertisement for mobile-centred Paladins Strike.

Featuring a brand new skin for Paladins Strike character, Lex, Reddit quickly pointed out that the blurred background of the sprawling cityscape was heavily reminiscent of the artwork for Overwatch’s Lijiang Tower map.

Paladins' art director, who goes by the handle ThunderBrush on Reddit, defended Hi-Rez by stating that the artwork was outsourced, “created by an overseas partner studio for Paladins Strike.” It seems that the mobile variant doesn’t get as much attention from the studio in terms of marketing, as there isn’t “much in the way of oversight in its content creation by anyone internally at Hi-Rez,” but the team will be “looking into this immediately.”

Unfortunately, this isn’t the first time that Paladins has been compared to another title, with the same Reddit thread highlighting an alternative menu in its mobile variant that is an exact replica of another Blizzard title, Heroes of the Storm. Given that this menu art is only ever displayed through a glitch, it is speculated that this was used as a placeholder before official artwork was chosen, however Hi-Rez has yet to address the accusations. 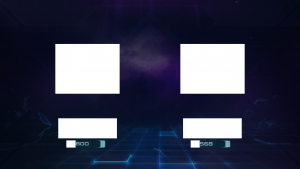 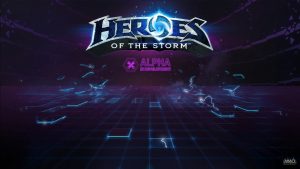 Luckily, ThunderBrush has reassured fans that Hi-Rez aims “to make things feel a little more unique to Paladins” and move out from under Overwatch’s shadow since its full launch this month. This will hopefully be complimented by a better “control of content creation with a larger quality of output to boot.”

KitGuru Says: This isn’t the first time that an outsourced studio has taken the blame for ripping off other titles, but it is still the duty of Hi-Rez to ensure the quality control of anything it puts out under its own name. Luckily, this doesn’t seem to have affected the player count, which is doing relatively well since it left early access. Have you been playing Paladins?

Previous The PS4 is reaching the ‘final phase’ of its life cycle, evidence points to Zen-based PS5
Next HTC U12 Plus images and specs leak ahead of this week’s launch event