Despite the fair annual price of Nintendo’s Switch Online service, the company has repeatedly been criticised for omitting integrated voice chat in favour of a smartphone application. Vivox is looking to end this by handing developers the tools to implement voice chat in the summer, while Performance Designed Products (PDP) has unveiled the first compatible gamepad with the upcoming technology.

While rivals have long had integrated voice chat that blends the audio of the game with your pals through a headset plugged into the controller, the Nintendo Switch has been notoriously fiddly with its separate smartphone app. This has made games like Super Smash Bros. Ultimate, Splatoon 2 and Arms harder to enjoy when playing online, but communications experts at Vivox provided hope of change back in February.

The company is currently testing its software development kit (SDK) to allow for developers to properly push integrated voice chat from the console itself, starting with Epic Games’ Fortnite. This should hopefully put the Nintendo Switch on par with competition as cross-platform play increasingly becomes a staple feature. Vivox now has the backing of Unity Technologies after the latter acquired the former in January, and is aiming for a summer launch.

“We are always trying to expand our services to more developers, and the Nintendo Switch has clearly become a solid online gaming platform for users and developers,” explained a Vivox spokesperson. “We wanted to make sure we would have a product that would deliver the best possible voice chat experience to Switch users, and that was what we’ve been focused on.” 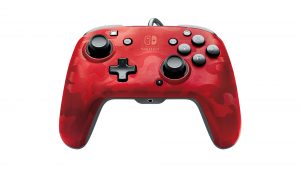 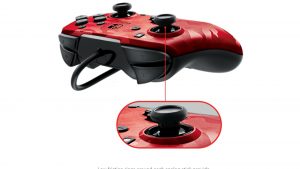 Making the most of the new feature is gaming peripheral manufacturer PDP, which has now unveiled the first compatible controller. Dubbed the Faceoff Deluxe+ Audio Wired Controller, the gamepad houses a 3.5mm headphone jack at the bottom identical to the DualShock 4 and Xbox One controller. Innovating on this accustomed design, PDP has implemented “patented on-board audio controls” that allow users to adjust volume, two programmable buttons and an interchangeable faceplate for a more customisable, personalised feel.

“When we set out to make the new Faceoff Deluxe+ Audio into the ultimate third-party controller for Nintendo Switch we focused on elite performance and customization, and enabling more opportunities for in-game chat,” said John Moore, SVP of marketing at PDP. “We worked with the industry leaders at Vivox to offer the best chat experience possible and now we’re helping them get the word out to developers.”

Pricing of the Faceoff Deluxe+ Audio  Wired Controller will be revealed in May when pre-orders go live ahead of its summer launch.

KitGuru Says: It likely won’t be as pricey as Nintendo’s official wireless Switch Pro gamepads, but perhaps more than the official wired variants. Only time will tell. It’s great to see integrated voice chat on the way, though. Do you think you’ll be grabbing a voice-chat-compatible controller when they launch?