While Pokémon Ultra Sun and Ultra Moon launched for the 3DS just last month, many have turned to Nintendo’s upcoming RPG announced for the Switch at this year’s E3. Not much is currently known about the title, but rumours are now suggesting that it might even drop its traditional turn-based system in favour of something simpler.

So far, all that’s officially known about Pokémon for the Switch is that it is intended to be a fully-fledged RPG instead of the spin-offs we are used to seeing such as Pokémon Stadium, or Pokémon Colosseum.

While the latter, including its sequel Pokémon XD: Gale of Darkness, were indeed RPGs for home consoles, they featured a scaled back system that limited the Pokémon that could be caught in a linear fashion. The Switch version, whatever it may be called, is said to be a lot more akin to the main titles. 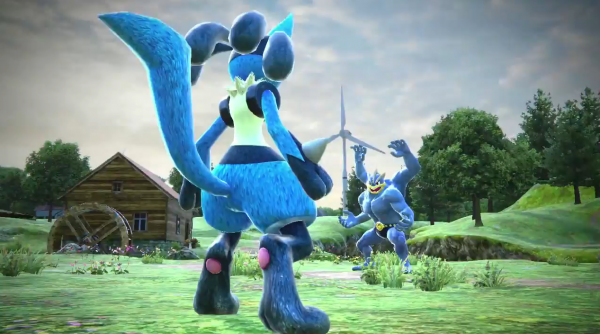 The latest rumours come from the same people that leaked Team Rainbow Rocket before it was officially announced to appear in Ultra Sun and Moon, stating that the Chinese localisation team has finished translating the script for the title, it will include the latest Z-Moves and Mega Evolutions, and while it won’t include new ones, it’s said to make use of the Joy-Cons motion control system for the former.

The region is said to be inspired by Europe, particularly Spain or Italy and is aiming for a release date of late 2018 or early 2019.

Notably, the narrative is said to include the themes of conflict between tradition and innovation, which feeds into the biggest rumour of them all; dropping the original turn-based system for a newer, simplified real-time system akin to Pokkén Tournament or that of the Digimon World games, using blocks, grabs and attacks.

KitGuru Says: While it might be tooled as ‘innovation’ if true, I am concerned that this would remove an element of depth to what is already a fairly simple battle system as far as turn-based mechanics usually fare. How do you feel about these rumours?