Ubisoft experienced “a series of DDoS attacks” yesterday, disrupting the official launch of Assassin’s Creed Odyssey. While the publisher initially stated that issues have since been resolved, services still seem to be impacted, preventing owners from playing the new game.

As usual, Ubisoft took to its forums to address the DDoS attack, “which unfortunately are a common occurrence for almost all online service providers.” This caused rampant connection issues and server latency affecting almost all of Ubisoft’s services. Fortunately, mitigations were put in place two hours later, mostly restoring connections across The Division, Starlink and Assassin’s Creed.

Unfortunately, Ubisoft’s solution has done little to quell the issues for certain players who remain frustrated that they cannot access the studio’s newest title. Responses to Ubisoft Support’s Twitter post suggest that problems persist across all platforms.

“I still have problem to connect on AC Odyssey (bought it via steam, I have played it yesterday night, can’t play it right now), any suggestion, I found it very boring to pay and can’t play,” asks one user on Twitter. “I bought gold edition for Ps4 but can’t access any of season pass content,” claims another.

These problems are believed to have alleviated throughout the course of the day, however those continuing to experience issues should open up a ticket on the Ubisoft website or contact Ubi Support directly via Twitter. In the meantime, Ubisoft is “continuing to monitor for further attacks,” and “will make a new thread should new issues arise.”

KitGuru Says: This does call into question the persistence of online-only systems when older Assassin’s Creed games would be perfectly playable without given their single-player nature. Personally, this makes me miss the days of plug and play before the ‘day one’ patch even more than I usually do. Have you been affected by any issue with Ubisoft’s services? 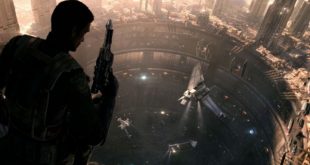