Super Smash Bros. Ultimate players have just one more week to claim the first DLC character for free, before Piranha Plant enters the fray at some point next month. After this, that Mario alumnus will not be included in the Fighters Pass, instead available as a standalone purchase.

Those who purchased Super Smash Bros. Ultimate digitally already have access to the upcoming fighter, thanks to the Switch Eshop streamlining the process. Things are a little more complicated for owners of the physical copy, who have until January 31 to register their game. To do this, players simply need to do the following:

Once the game has been registered to an account, the email address associated will receive a download code within 10 days. This is redeemable in the Switch Eshop, bringing Piranha Plant into the main game at some point in February. This code will be valid until June 30 at 11:59pm PT, or June 31 7:59am GMT. 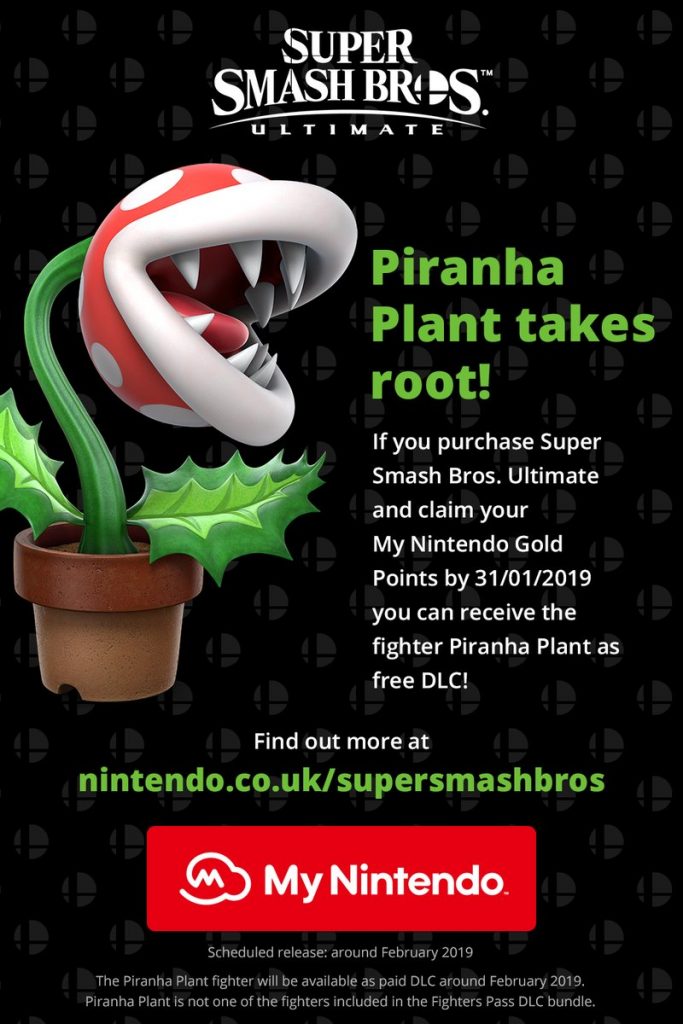 Piranha Plant is the forerunner to the $25 Fighters Pass, which only has one of its five characters confirmed so far: Persona 5’s Joker. Each of these fighters will be accompanied by a new stage and multiple music tracks, available for purchase separately for $6 each.

KitGuru Says: Free DLC is certainly better than paid where possible, so it’s worth confirming the registration sooner rather than later. I’m not sure that Piranha Plant is very much my style of play, but there’s only one way to find out. Are you excited to play as the new fighter?