With just 4 more unconfirmed fighters set to make their way into Super Smash Bros Ultimate, we couldn’t help but make our own wishlist of who we want to see make their way into the roster. Hinting at a previously unmentioned hero, a supposed leak suggests that Dragon Quest will soon see representation in the brawler.

Following Piranha Plant as a bonus for early adopters, Persona 5’s Joker kicks off Challenger Pack 1 as the first of five set to be included via DLC. Nintendo of America’s Reggie Fils-Aimé promised that the last remaining few fighters would be just as surprising, with a new leak from Japanese website 5Channel outlining Dragon Quest III’s Erdrick as next in line to join Super Smash Bros Ultimate.

It has been known for quite some time that a Square Enix character would appear as a part of the DLC pack, with many eyes shooting towards 2B of NieR: Automata fame. Immediately a popular choice, 2B is already set to appear in Soul Calibur VI, following appearances in a string of other titles. According to the leaker who leaked a good portion of Ultimate’s roster prior to its reveal, Vergeben states that Erdrick’s name has come up a lot more frequently within the studio. 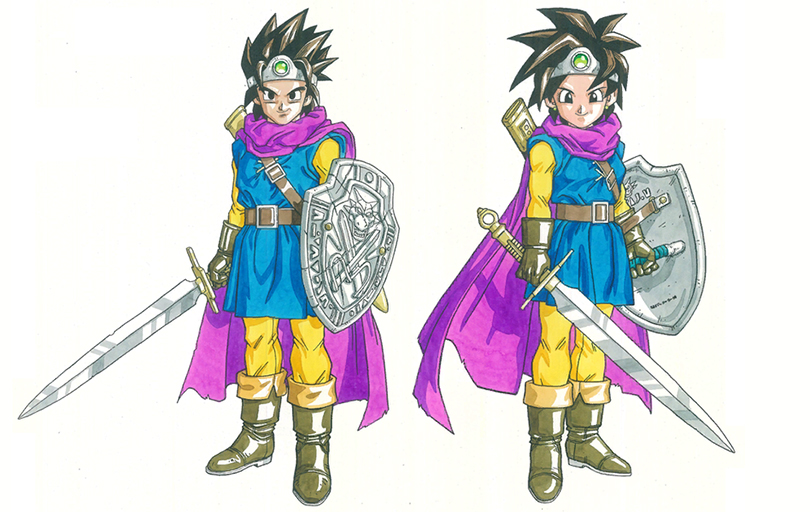 Lending further credibility to the  rumour is rumblings of staff at Square Enix being fired over the leak, particularly a GameFAQ user by the name of KronoXIV. Vergeben also mentions a pattern from the developer, which hasn’t seen Square Enix lend a character out as a guest for more than one game at a time.

Of course, none of this is concrete but it is accompanies with information about how Erdrick will play, including a stage based on Alefgard. Both Erdrick’s male and female appearance can be selected, each with colours of Anlucia and the Dragon Quest XI Hero, Luminary. The series’ Slime mascot will also reportedly appear on screen with a skill.

Details of Persona 5’s Joker also found their way to the light, claiming his stage to be based on the Mementos. The Jack Frost summon is expected to accompany the fighter, after numerous appearances throughout the Persona series.

Dragon Quest isn’t quite as popular outside of Japan, however staples like Level-5’s Dragon Quest VIII: Journey of the Cursed King and the popular Dragon Quest XI: Echoes of an Elusive Age still have a presence in the west. The latter will even be making its way over to the Nintendo Switch next year, making Erdrick the prime choice given how heavily featured the character is within the series.

KitGuru Says: It’s not quite the Akira Toriyama creation that fans were hoping for, but given that Dragon Ball’s Goku is incredibly unlikely to make an appearance in the franchise, it’ll have to do. How do you feel about the potential of Erdrick entering Super Smash Bros Ultimate?