While Mario Tennis Aces did get given a sizeable platform, revealing all we’d come to know from the leak, it was another title that stole the show. Alongside some surprising ports, Super Smash Bros is finally coming to the Nintendo Switch, and even more shocking is that it’ll arrive this year.

Nintendo had already revealed that Splatoon 2 was set to receive its first single-player expansion, making the trailer of two inklings fighting all the more curious as to what else the company could have in store. Suddenly, the lights turn out and there’s a glint of a fiery Super Smash Bros logo in the inkling girl’s eye, showing us what the trailer is really all about.

Pegged as Nintendo Switch Super Smash Bros shows that this is unlikely to simply be a port of the Wii U version and instead be its own iteration all together. This makes sense when thinking that each console from the Nintendo 64 has had its own version of Super Smash Bros. And with the addition of the inklings, it leaves the question of who else could be joining the roster?

Among the surprising ports is the original Luigi’s Mansion, which will be getting a 3DS remake intended for release this year. The Wii U’s Captain Toad: Treasure Tracker is making its way to the Nintendo Switch on July 13th, with added levels based on Super Mario Odyssey. Perhaps the most surprising announcement was South Park: The Fractured But Whole coming to the portable home console too, which should be out on April 24th. 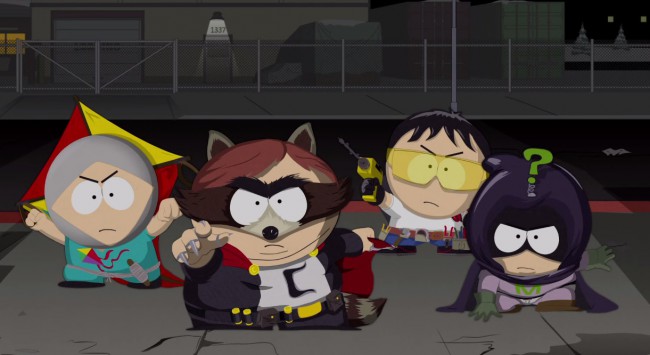 Hyrule Warriors  and indie title Little Nightmares are both dropping on May 18th. Dark Souls Remastered will be dropping with a new Solaire of Astora amiibo, allowing players to praise the sun on May 25th. We knew that Crash Bandicoot was likely to make his way over to other platforms, one of which will be the Switch on July 10th. Just three days later comes Octopath Traveler on July 13th.

A little further down the way is WarioWare Gold which is coming to 3DS with 300 microgames on August 3rd. Mario & Luigi: Bowser’s Inside Story is getting a remake for 3DS alongside Bowser Jr.’s Story for 2019. And Undertale will “eventually” be headed to Nintendo Switch at some point.

KitGuru Says: While I am thrilled that a new Super Smash Bros is making its way to what would be the perfect platform for it, it is a shame that Metroid Prime 4, the new Pokémon RPG or even a Switch-based Fire Emblem hasn’t seen an announcement. Then again, I’d prefer them to announce things closer to completion rather than years ahead with radio silence. What is your biggest take-away from this Nintendo Direct?

Previous What future is there for Intel without a big slice of the 5G market?
Next Valve’s Artifact is far from being a Hearthstone clone