At the start of the week, tragedy struck the heart of Paris as the iconic Notre-Dame cathedral was heavily damaged from a raging fire. The world has been pouring in support since, the latest of which comes from video game company Ubisoft, which has pledged €500,000 towards restoring the 750+ year old landmark to its former glory.

As a French company, it’s understandable that Ubisoft feels incredibly patriotic about the iconic building and wants to help rise above the recent devastation. The studio spent a lot of time faithfully recreating Notre-Dame in its Paris-set Assassin’s Creed: Unity before its 2014 release, with level designer Caroline Miousse telling Greek Ireland that it took around 3 weeks to dress the interior and 14 months of production to complete.

“This period includes research, testing, asset production and, of course, the numerous adjustments and bug corrections. It ended up becoming our benchmark landmark, both for navigation and visual standards.” 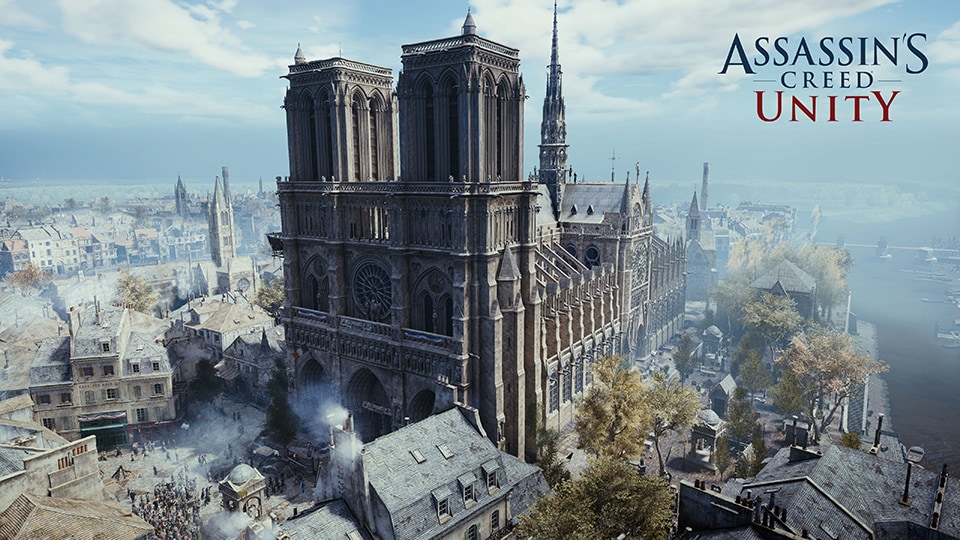 In a charitable effort to allow people to explore Notre-Dame, Ubisoft is giving away Assassin’s Creed: Unity for free on PC. The offer is available until April 25th and can be downloaded from Uplay or from the Ubisoft Store.

“Video games can enable us to explore places in ways we never could have otherwise imagined,” the publisher explained. “We hope, with this small gesture, we can provide everyone an opportunity to appreciate our virtual homage to this monumental piece of architecture.”

KitGuru Says: While the damage to Notre-Dame is undoubtedly a sad topic, it’s heart-warming to see so many people from across the globe come together in unity – no pun intended. Ubisoft’s gesture in particular is one to uplift the spirits. Will you be hopping into Assassin’s Creed: Unity once again to take a look at the beloved building?