After being denied classification in Australia last month, the folks behind We Happy Few reassured fans in the region that it was doing everything it could to change the decision of the country’s officials. Luckily, it seems as though the Classification Board has been receptive, announcing that it will be reviewing the ban next month.

Despite Australia’s Classification Board housing an R18+ certification since 2013, We Happy Few was considered to breach its stricter rules pertaining to “drug misuse or addiction in such a way that they offend against the standards of morality, decency and propriety generally accepted by reasonable adults.”

After all, the entire game revolves around the concept of “Joy,” a drug forced upon the population by governing bodies to exercise control. The player assumes the role of a “Downer,” a label given to those illegally refusing to take the mandatory drug. The player then has to navigate deeper into the mystery by balancing the amount of Joy in their system so as to blend in but not become addicted or overdose. 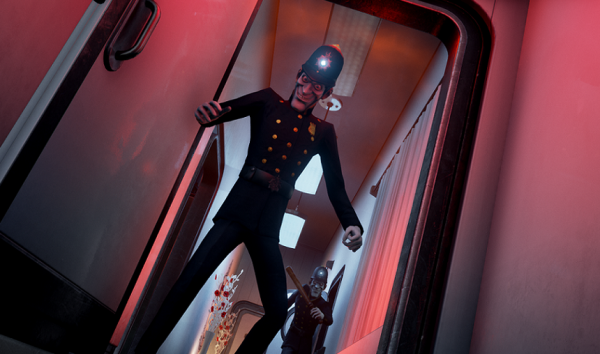 “A player who takes Joy can reduce gameplay difficulty, therefore receiving an incentive by progressing through the game quickly. Although there are alternative methods to complete the game, gameplay requires the player to take Joy to progress,” explained the Classification Board. Developer Compulsion Games appealed against the notion that drug use was incentivised by stating it was shown in a negative light, particularly through the player shunning its use to control society.

The Board has announced that it will now gather on July 3rd to discuss the appeal of ban, inviting individuals and organisations to “apply for standing as an interested party.” The review hopes to delve deeper into We Happy Few’s narrative themes and mechanics in order to finalise its decision on what classification, if any, the title deserves.

“The closing date to lodge your application for standing as an interested party and any submissions is 29th June 2018. Please note that the Review Board can only consider submissions about We Happy Few itself and not any other matters relating to computer game classification policy or issues generally.”

KitGuru Says: Hopefully Compulsion can convince the Aussie Classification Board that it doesn’t encourage drug use, perhaps compromising on some censorship if absolute need be. Will you be picking up We Happy Few when it launches in August?