We’re not just talking a couple of frames here either, but 41 per cent in Bioshock Infinite and a whopping 71 per cent in Tomb Raider. Granted the latter is so large because the game hasn’t run particularly well on Nvidia hardware since release, because the GPU firm didn’t receive a final build of the game until a couple of days before release. A lot of people blamed that TressFX hair tech too.

Still, now it should run very smooth indeed. This should also be true of a lot of other games being played by those with twinned or tripled Nvidia GPUs. This is thanks to the 314.22 WHQL driver’s new SLI profiles for Dungeons & Dragons: Neverwinter, Resident Evil 6, and Sniper Elite: Nazi Zombie Army. There’s also new 3D Vision profiles for Brutal Legend, MUD, and Tomb Raider.

Despite these performance gains, the official announcement page is surprisingly full of whiners. Lot of people complaining about unrelated issues. However, whatever card you have, this driver update is described as “an essential update for all GeForce GTX systems.” So if you have Nvidia and you’re a gamer, download this update today.

KitGuru Says: Not to steal Nvidia’s thunder or anything, but I’ve been pretty impressed with my old 5870. It’s handling Bioshock Infinite on near max settings, 1080p, with almost no stuttering at all. My CPU is hardly new either: i5 760 cranked up to 4.2GHZ. 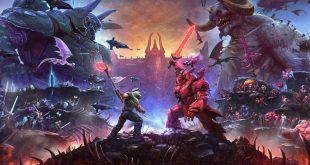