One of the cooler moments in Ark: Survival Evolved, is taming yourself a big carnivore to stomp around on. There's not much more badass than knowing you have several tonnes of muscle and teeth on your side should a fight break out, but in Ark, a lot of people have big, bone crunching dinosaurs on their side. To really stand out, you need something big, or something powerful and preferably both. So why not try wrangling yourself one of the new Giganotosaurus? 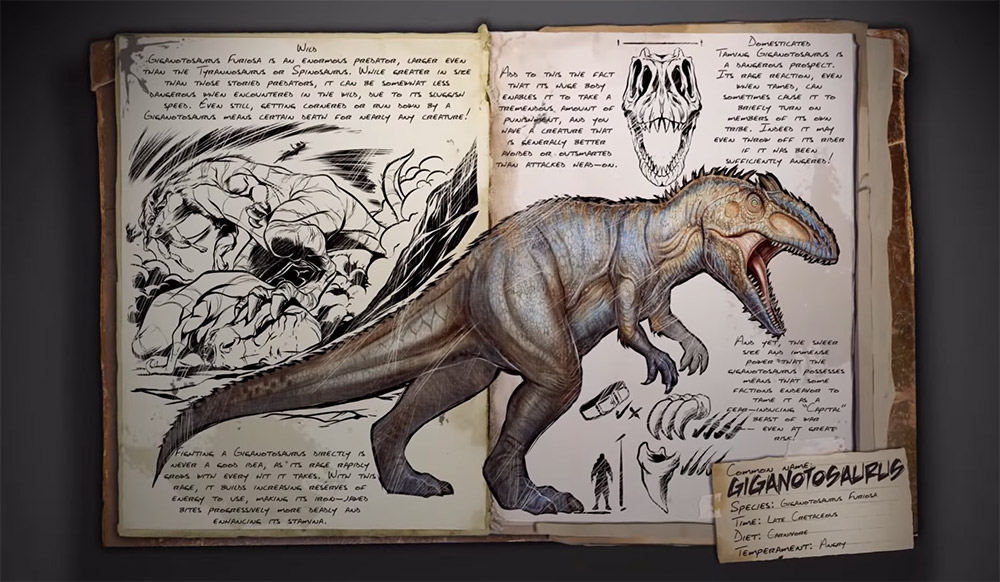 Based on a the Giganotosaurus genus of reality, which could measure over 40 ft in length and up to 14 tonnes, this digitally reproduced dino is even bigger than that. While the ancient creature from 100 million years ago may have been a little bigger than most carnivores from the Tyrannosaurus and Carcharodontosaurus genera, the Ark Giganotosaurus is the next step up in monstrous destruction.

It is slower than some of the other big dinos though, so there's something you can take advance of. However if you want to try going toe to toe with one, perhaps you just need to make your current dinosaur pals a little tougher. Like giving them armour using the “Pimp my Rex” mod. 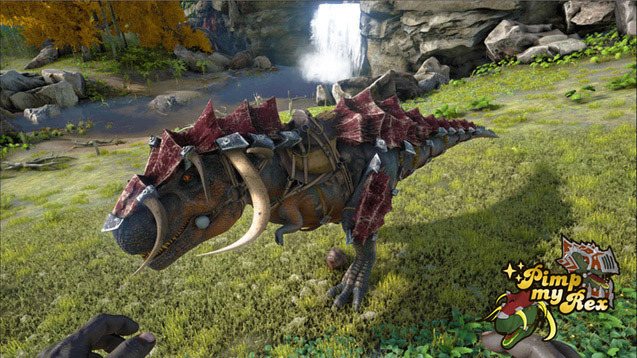 Version 1.0 was just released and it gives you access to three different armour types for your Tyrannosaur, with options for leather armour, chitin armour and metal armour for those that want ultimate protection. All of them offer a decent level of extra armour to your Rex, which should up its survivability, but I'm still not convinced it'll be enough to take on a Giganotosaurus.

KitGuru Says: For those of your that are Ark veterans at this point, what's the best way to play it? On a big public server, or on something more private with friends?