The Banner Saga 3, Stoic’s final chapter in its epic, Nordic ‘saga’ has been fully funded on Kickstarter and that means stretch goals. One that’s now been put on the table, is something fans of the previous two games have been asking for forever: playable Dredge. All that’s needed for such a goal is a further $50,000, so with 35 days to go, it seems likely to be hit in the near future.

Stoic is part of the old guard of Kickstarter game makers, having secured the funds for its first game, The Banner Saga, back in 2012 on that same site. It used its own funding for the second game in the series and found itself without the strong community it had with the original, so has returned with its third game’s funding. 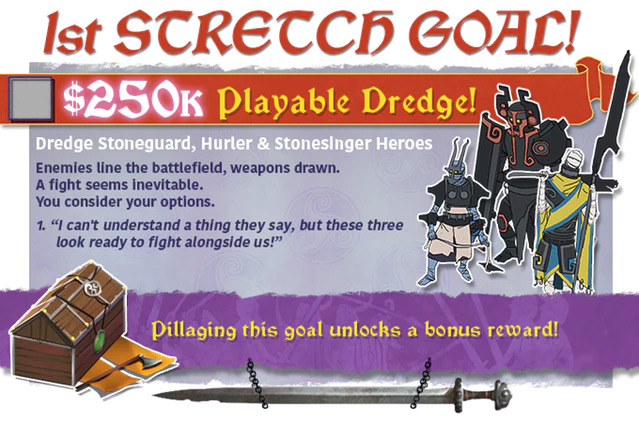 That funding has already proved successful, with Stoic pulling in $200,000+ worth of support for the new game in just a couple of days. That’s given Stoic some room to create stretch goals and the first of which is bringing Dredge heroes to your side. When it comes to the end of the world, the Vikings and Varl need all the help they can get, and it looks like they might have found some Dredge allies.

In prototype screenshots we see that there are three potential Dredge heroes that could show up in Banner Saga 3. There’s a Stonesinger, the ever dangerous, spellwielding Dredge; a Stoneguard, which comes with big armour and health, as well as some interesting area of effect attacks, and a hurler, which offers some more ranged damage for your team of intrepid heroes. 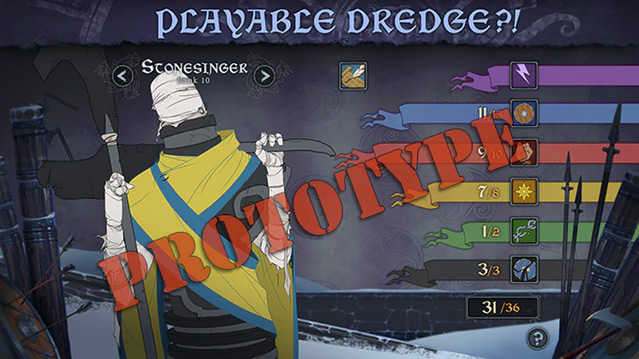 This stretch goal, if met, will also see Stoic open up its archives for more information about the Dredge. We won’t spoil the previous games for those who haven’t played them, but it’s safe to say that the Dredge are a rather mysterious bunch.

KitGuru Says: I am a big fan of the Banner Saga games. They have a beautiful blend of artwork, music and tactical combat which any strategy and story-driven fans are likely to enjoy. They’re not the longest games in the world and can leave you desperate for more, but so do most of the best games out there.

Previous Forget your mother’s maiden name, Facebook is fixing password resets
Next Get For Honour or Ghost Recon Wildlands with select Nvidia GPUs