One of the mainstays of the horror genre is that it makes sure players are consistently confronted with darkness. This may be to provide tension by reducing visibility, tapping into the fear of the unknown, or merely providing a place for an enemy to jump scare the player from. That's not the case in the Brighter Day however, a game that looks to provide a horror experience without shadow or darkness, merely creeping the player out with the endless watching of floating eyes. 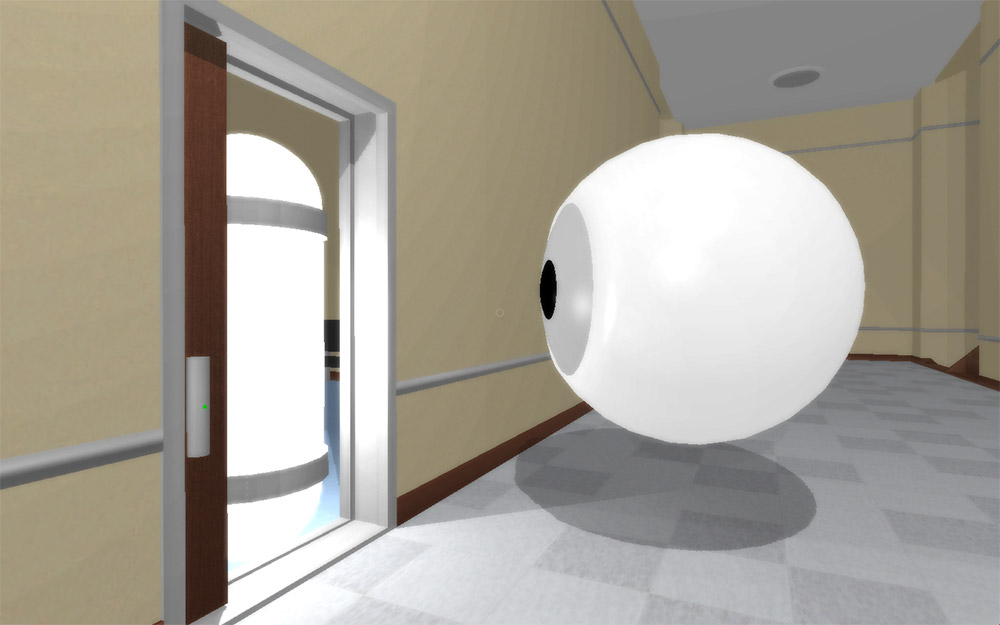 No doubt feeling a little like classic number six, Patrick McGoohan, the player must find their way around the brightly lit world, solving puzzles whilst avoiding the Rover-like eyeballs that appear to always be watching and looking for the player. Occasionally being seen by one seems to induce madness much like the much more grotesquely designed enemies from Amnesia: Dark Descent, though in general they appear to be an ever encroaching threat, rather than one that must never be viewed head on.

Developed by TheLoneliestPixel, the game is currently available on Itch.io for just $3, though there's also a demo for those unsure of the haunting soundtrack and creepy visuals. It also has a page on Steam Greenlight for those that want to vote it in.

KitGuru Says: I am not a number, I am a free man!

Previous Is latest security hole the death of flash?
Next AMD reportedly has priority supply agreement regarding HBM, HBM2