UFC flyweight Champion and perennial mick taker Conor McGregor, has shown to the world that he has a part to play in the next Call of Duty game: Infinite Warfare. Following on from earlier pictures of the man himself in mo-cap hardware, he’s now released a screenshot of his character, looking very much like the real deal.

“When the biggest need the baddest to do work, I answer the call. Keep an eye on @CallofDuty tomorrow. #ad,” reads McGregor’s tweet about the news. In it he also showed a screengrab of himself standing in some kind of space station, kitted out in future-soldier technology and looking quite true to life. 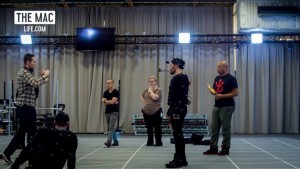 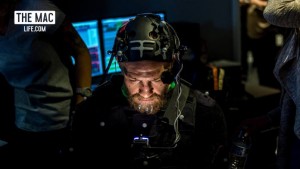 McGregor joins the likes of John Malkovich, Kevin Spacey and Jeff Goldblum, making an appearance in the Call of Duty universe, though it’s not clear for now which side he’ll be on. The question remains though, how good will that left hand be while he’s floating around in zero G?

When the biggest need the baddest to do work, I answer the call. Keep an eye on @CallofDuty tomorrow. #ad pic.twitter.com/pVEUxeuT4O

One thing is for sure though, whatever utilities you strap to him, he doesn’t give a f**** about the belt they’re attached to.

KitGuru Says: Now we just have to hope that Infinity Ward mo-capped Nate Diaz too, then we can see these guys go at it again in an entirely digital context.