Remember Yoshi’s Circuit? If you ever played Mario Kart Double Dash on the Gamecube then you should. Still, if you never had a chance to race around the extremities of the little prehistoric fella’ then you will soon have a new chance, as it’s coming as part of the first DLC pack for Mario Kart 8. 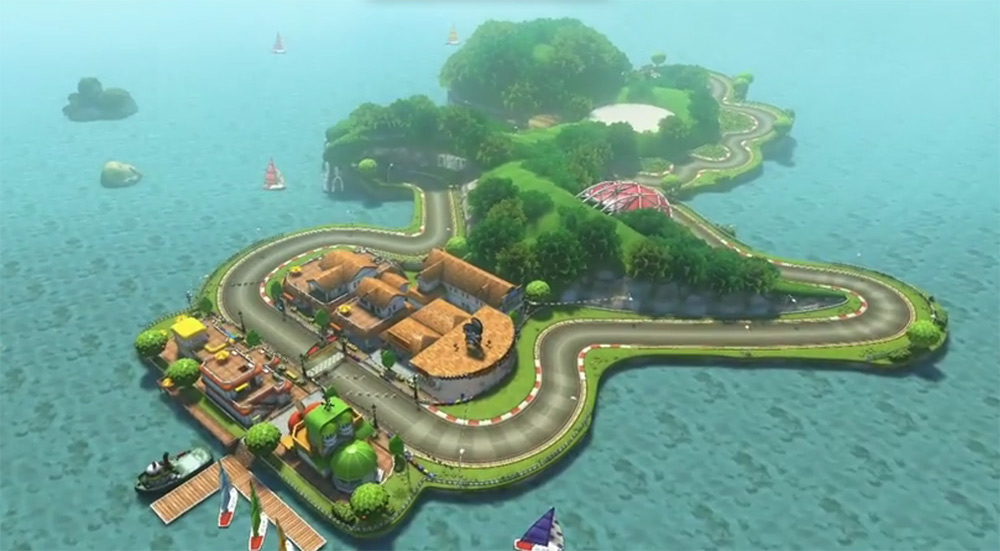 The track comes along with new colour variants for Yoshi and Shy Guy; new characters like Tanooki Mario, Cat Peach and Link and new karts like the classic B-Dasher, Blue Falcon and Master Cycle. While we don’t know what the other tracks or the final kart is going to be, Nintendo has released a nice trailer for Yoshi’s Island, giving us a better idea of what the revamped track will look like.

Of course it retains its classic shape, with that nasty hairpin by Yoshi’s tail, but there is a little more going on with the map now, including a small town where his feet are supposed to be. There also looks to be a little shortcut through a waterfall for those willing to risk it.

The first Mario Kart 8 DLC pack is coming in November, priced at £7, or £11 if you pre-order the one from next May too.

KitGuru Says: Yoshi’s Island was always a bit of tense track due to all those back and forth wiggles in its second half. If you got those just right you were set but it was so easy to overdrift and end up in the water. At least in Mario Kart 8 the punishment for falling off the track isn’t quite as harsh as it was in the past.