One of the best things about H.P. Lovecraft’s novels and short stories, is that he imparts a great sense of yearning in them. The characters don’t necessarily want to find out what’s behind the cultist activities, or what Innsmouth’s dirty secret really is, but they can’t help it. Even when they know that discovering the answers may kill them or drive them mad, they have to know. Which is similar to the feeling I have for Focus Interactive’s newly announced Call of Cthulu game.

All it’s shown of the game so far is some production art, but it’s very moody and perhaps more excitingly, there isn’t a gun, or an antagonist in site. “The very first production arts for Call of Cthulhu – the video game by Frogwares (PC and Next-Gen Consoles) #Cthulhu,” was the tweet that let the world know something lay beneath the waves of Frogwares production schedule, but it could be some time before we find out what. 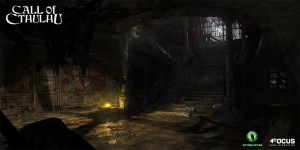 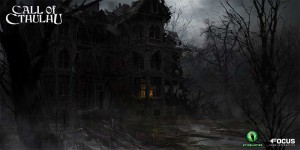 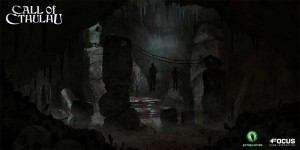 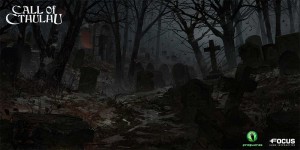 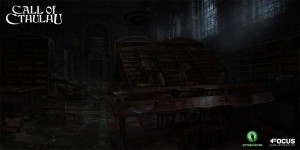 What’s interesting about the choice of developer, is that Frogwares is thee company that’s been making Focus’ published Sherlock Holmes games for a while now. There’s a lot of investigative elements in those games, with note taking and all sorts – something that would lend itself very well to the world of Cthulu.

For those that don’ t know, the story from the original isn’t so much about battling elder gods, but reading journals; journals that tell intertwining tales of cultist sacrifices, an ever present threat to our world and the heroism of a single sailor.

Here’s hoping Frogwares can create a really enticing, but mostly action free title for us to figure out what’s really going on, even if it drives us a little mad.

KitGuru Says: Love me some Lovecraft. So many of his stories would be perfect for investigative gameplay.