One of the most exciting additions to this generation of Grand Theft Auto has been first person mode, which has opened up a whole new way of playing the anarchy simulator. However some didn't stop there, with the likes of Virtuix Omni showcasing the new GTA in virtual reality using a DK2 and its Omni treadmill and it looks wonderfully real. Unfortunately though we see him gunning down unarmed civilians and it seems only inevitable that videos like this will reignite scare-mongering about video games and VR in particular. 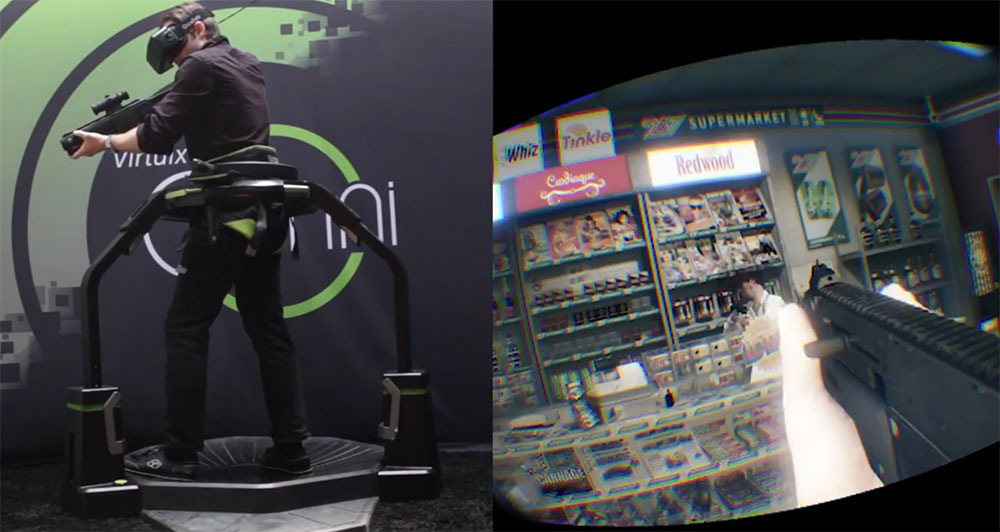 As cool as it is, this did make me feel a little uncomfortable

The video in question shows a player running around – somewhat awkwardly – San Andreas, using his real world feet for in-game propulsion and cradling a plastic gun that translates into a much more lifelike one in-game. When pressed by a store owner, he guns him down in a somewhat disturbing fashion, though perhaps it's the blank, non-eyed face of a VR user that makes  it more chilling.

Fortunately I'm a life-long gamer so don't find it too difficult to separate the virtual from reality, just as I'm not really that bothered by Hatred as a game. It is after all, just a game. However I can't help but feel that this is one step closer to the VR-murder-sim that the news loves to paint games like GTA as and once this video gains enough traction it's going to be used as ammo in an anti-gamers-gun. Ironically.

While I think a company like Omni might have been better off showcasing other aspects of the game – at the very least shooting against people that could arguably be considered the bad guys – anti-VR sentiment is something that we will be set to encounter at some point, whether this trailer sparks the keg or not. Just be ready for the headlines, as I get the feeling they aren't far away.

KitGuru Says: What's the best anti-VR news headline you can come up with? I'll start: “Virtual reality may not be so virtual in the minds of today's children, as contemporary games become true to scale murder simulators. More on that, after this.”