Among the myriad of opponents you traditionally face off against in Mortal Kombat games, the four armed half-man, half-dragon Goro, was usually near the top of the list. His floor pounding, quad-fist attacks were usually pretty difficult to deal with, so it's no surprise he's making a return for the upcoming Mortal Kombat X, as the game's first DLC pack. 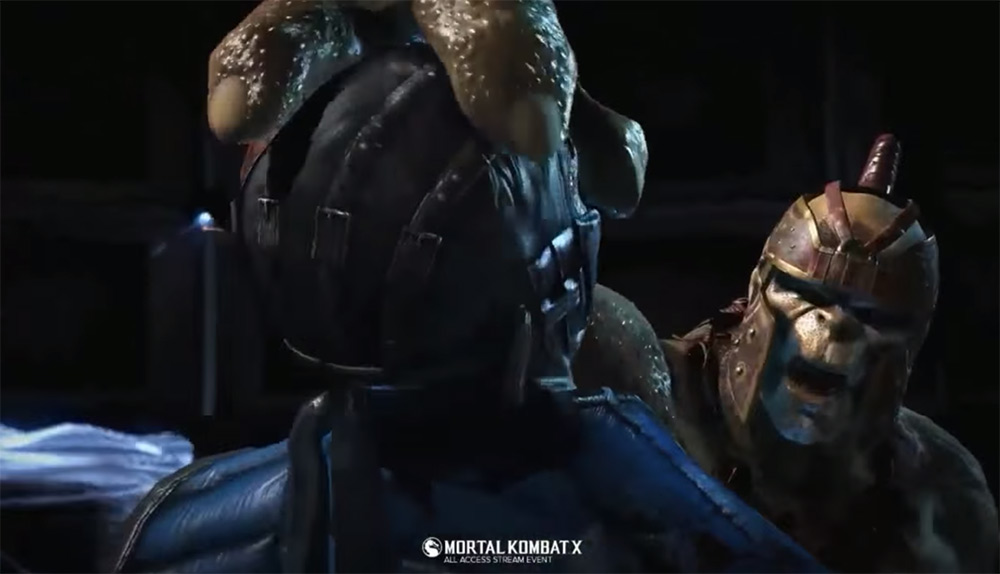 You'll need to pre-order the game to get access to him, or at least that will be the only way to get him in the near future. NetherRealm Studios has said he'll become available as a paid-for DLC character at some point, but when and for how much is still unknown.

His move-set and style will be relatively unchanged from previous games, though he will feature three distinct fighting variants to choose from, including: Tigrar Fury, where he can throw fireballs and breathe fire; Kuatan Warrior, allowing him to pound the ground and chest charge you; and Dragon Fangs, giving him the ability to cut you with his bladed gauntlets.

Still, if Goro does one thing well it's not prolonged back and forth battles: it's punching people's skulls into their spines. So that's what he does when he wins:

He also has a fondness for pulling an enemy's limbs off all at the same time.

KitGuru Says: That's the advantage of having four hands I suppose. Among other things. Mortal Kombat X is set for release on 14th April on Xbox 360, One, PS3, PS4, Windows PCs and iOS and Android.