Home / Software & Gaming / Grim Fandango is coming back… on PS4

Grim Fandango is coming back… on PS4

Amid all the chaos of yesterday's E3 launch day, with all the game announcements, on-stage bungles and helicopter shots of people playing games on a roof, one announcement threatened to put a long awaited smile on the face of old school point and click gamers… and then tore it away again before they got a chance to blink. Grim Fandango, one of – if not the – most beloved of Tim Schafer's point and click catalogue, is finally getting a re-release, but it's going to be a PlayStation exclusive, hitting PS4 and Vita sometime soon.

If you go to Steam, GoG, or a number of other sources, you'll find games like Monkey Island, you'll find Simon the Sorcerer, but you won't find Grim Fandango. It's been one of the most requested “Good old Games” for some time now and though it's great that the game will finally be available to console gamers after over a decade and a half of waiting, PC fans are no doubt stomping their feet this morning as it just doesn't seem fair. 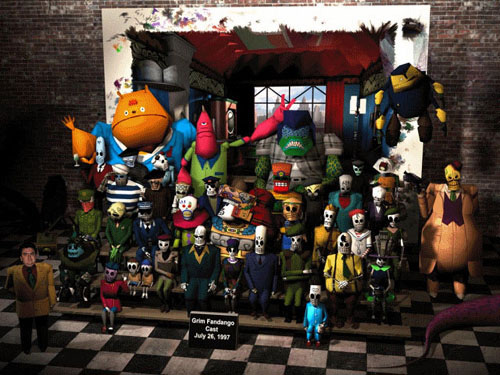 However, they should take heart that it's being re-released at all. Disney owns LucasArts now, or the hollow shell that's left of it anyway and it's clear it wants to exploit its back catalogue, which is good for it and us, because it means opening up the vault. Remember now as well, that PS4 hardware is pretty similar to PC hardware, meaning a port wouldn't be too difficult to achieve. We also have this hope inspiring tweet from Tim Schafer:

“Talk about other platforms soon! Sony's been a great help making this happen & we're excited to be working with them on the console version!”

While that doesn't guarantee a re-release on the PC as well, it seems likely that that'll be the focus as Sony is hardly going to want to give up it's exclusivity on the game.

KitGuru Says: That said, a Wii U release would be great. With the Gamepad and stylus, making for the most mouse-control-like experience on consoles.