If you thought Twitch Plays Pokemon was an exercise in frustration, have a look at the new Hearthmind collaborative play stream, as for now, with player numbers only in double digits, it is actually possible to do something worthwhile with your clicks.

It's not even a case of just being lucky either, as the 60 odd people playing this at the time of writing have actually managed to win a few games, reaching 20 in ranked play, so they are invested in playing well, mostly. 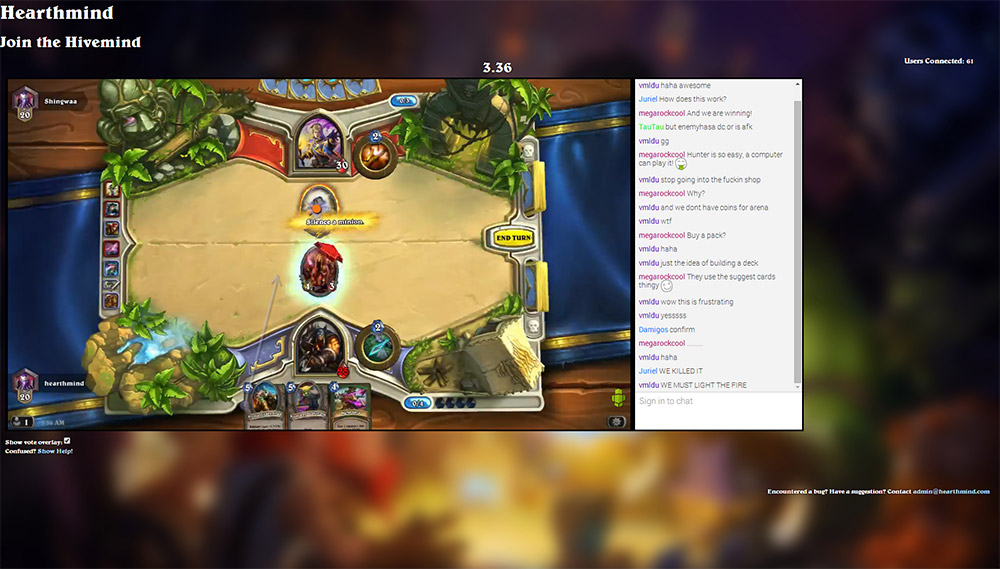 The only real problem comes with the end turn button being so easy to click.

Actions are decided upon every five seconds, with players able to click and drag anywhere to log their vote for the next action. When the timer at the top of the screen hits zero, the game will randomly select one of the given actions and perform it after a small delay. At that point, the timer will restart and the process can begin again.

It's not the fastest way to play the game, but then again neither was Twitch plays Pokemon and they actually managed to finish the entire game in just a few days.

KitGuru Says: Not sure I could play this for very long. I have a feeling it will get too furstrating, but I‘ll be interested to see how it gets on over the next few days. You know it'll be playing constantly, so has the potential to get quite far if enough experienced players get in on the action.