Microtransactions are coming to Plants vs Zombies: Garden Warfare

Plants VS Zombies: Garden Warfare has gone down pretty well with console gamers so far and unlike the mobile versions of the Plants VS Zombie games, it has stayed micro-transaction free- until now. An upcoming update will add in the option to buy in-game currency which could potentially hinder the amount you currently earn yourself by completing missions.

Brian Lindey announced the update in a post on EA's website where he first acknowledged all of the free content that has been added to the game recently:

“With the launch of Zomboss Down last week, we have continued to improve balance and fun within the game and provide more ways to earn coins during battle”, he said. “And we’re not done…there is more free content and updates coming to Garden Warfare in the future. Starting next week, players will be given the option to purchase coins from the Sticker Shop, which allows players the ability to access new packs and character content more quickly – all the same content that can be earned through regular gameplay. Now you have the choice to play your way; you can play to get new packs and content via earned coins in the game, or you can purchase coins to get more of the packs and content you want right away.” 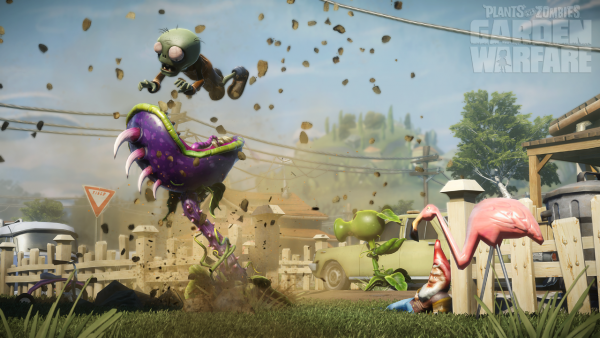 Generally having Micro-transactions in a game that people have bought doesn't go down well, however, it can be tolerable as long as the core game stays fun and balanced without pushing you in to paying extra. EA doesn't have a good reputation when it comes to making gamers happy so we will have to wait and see. Hopefully the introduction of micro-transactions doesn't affect the game too much or re-balance it in a way that pushes gamers to pay extra.

KitGuru Says: Like most gamers, I'm not a fan of micro-transactions, especially in games that you have to pay for anyway but I don't think EA is going to purposefully ruin a game that has been doing well so far. We'll just have to wait and see. Have any of you guys been playing Plants VS Zombies: Garden Warefare? If so, how do you feel about the introduction of microtransactions?