Here’s how Amiibos will work in Nintendo games

Yesterday we learned of some released-too-early information about Mario Kart 8, that along with its upcoming Zelda based DLC pack, it would also have the ability to give your Mii character a new costume, with the use of Nintendo's take on Skylander's like figurines, known as Amiibos. Nintendo's release jumped the gun by just a few hours however, as at last night's Nintendo direct, it showed off how the system will work in a break down video. 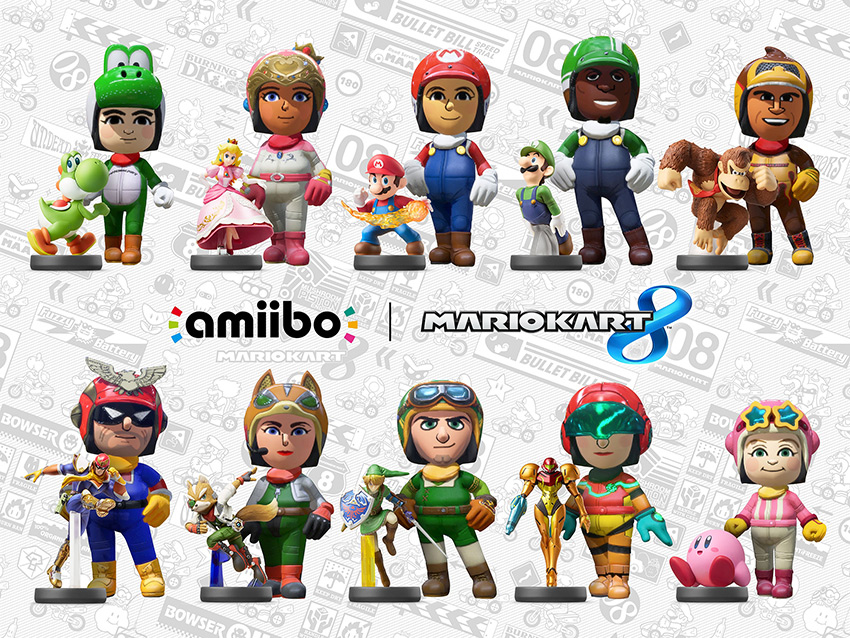 After spending your £11 on one of the little Nintendo figurines, you can touch them to your Wii U Gamepad to have them impart a costume based on themselves into the game for you to dress up your Mii with and ultimately, race with it on. It's like Nintendo's way of saying ‘skins,' but without the connotation that you've flayed your favourite character like a Bolton.

However Nintendo isn't just making the Amiibos compatible with Smash Bros and Mario Kart, they're also going to work with Hyrule Warriors too. Or at least, Link will. Using his Amiibo looks like it unlocks a spinner for him to ride in-game.

KitGuru Says: I'm still not entirely sold on why I need to buy an Amiibo, even if the idea has some potential. I'm glad Nintendo isn't limiting characters to figures you own, like Skylanders and Disney Infinity do, but without that incentive, owning them seems a little redundant.