Well there you have it guys, it’s a done deal: Microsoft is buying Minecraft and the studio behind it, Mojang and the original creator of the game, Markus “Notch” Persson is leaving the company for good. He’s not been actively involved in developing for Minecraft for some time, but this will see him officially depart from the company that he founded just a few short years ago.

“I don’t see myself as a real game developer. I make games because it’s fun, and because I love games and I love to program, but I don’t make games with the intention of them becoming huge hits, and I don’t try to change the world,” reads Notch’s blog on the matter. It sets a tone for his announcement, but shouldn’t come as a surprise to anyone that’s followed his career. Minecraft was a concept that he borrowed from Zachtronics’ Infiniminer and since its creation and popularisation, he’s spent much of his development time making little demos and setting himself programming challenges.

Notch is a man that does what he does for the enjoyment of it and lucked out in that one of his ideas took off, and he says as much.

“A relatively long time ago, I decided to step down from Minecraft development. Jens was the perfect person to take over leading it, and I wanted to try to do new things. At first, I failed by trying to make something big again, but since I decided to just stick to small prototypes and interesting challenges, I’ve had so much fun with work. I wasn’t exactly sure how I fit into Mojang where people did actual work, but since people said I was important for the culture, I stayed.”

Indeed he has a point, as Notch has often been held up as a bit of an indie icon. That’s at least partially down to his own actions though, as he’s been a vocal guy at times, drawing attention for his lavish offices and he publicly stated his displeasure with the $2 billion purchase of Oculus VR by Facebook, announcing that he’d cancelled the VR version of Minecraft. 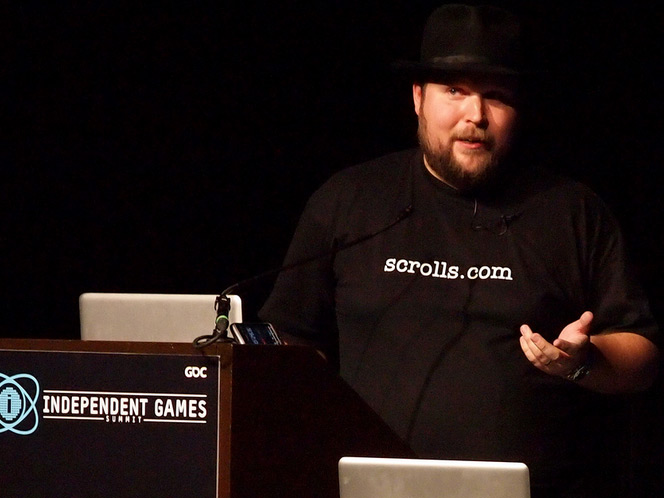 So long and thanks for all the (Phil) fish.

But he doesn’t want to be important to the culture any more. Notch just wants to make game demos and play about with programming and now he can do that without feeling responsible for Minecraft, or the community, or gaming or anything. He did however point out that by selling Mojang to Microsoft, he did come across as a bit hypocritical, considering his Oculus VR comments.

“I’m aware this goes against a lot of what I’ve said in public. I have no good response to that.”

He finished the address by giving a lot of love to the community and the fans for making Minecraft what it is, but as has become clear from his continued distancing from the behemoth the game has become, he just doesn’t want to be involved with something so big any more.

As he concludes, “it’s not about the money, it’s about my sanity.”

For reference, the sale of Mojang and Minecraft is said to have gone for $2.5 billion.

KitGuru Says: I’d argue that as influential as Minecraft was in terms of gaming, it’s the pre-order system that really changed everything. Minecraft pioneered paying for an unfinished product and giving the audience a really close look at the developmental process. Today the industry is rife with it, but back in 2009 it was a new and game changing thing.