As pretty as recently released games like The Witcher III: Wild Hunt are, they don’t really hold a candle to future high-end projects like Star Citizen. One other beautiful game that’s got a release set far in the future is Kingdom Come: Deliverance, which is set to offer a highly detailed medieval world to explore and battle in. At least that’s what the characters appear to be doing in the new E3 teaser trailer anyway. 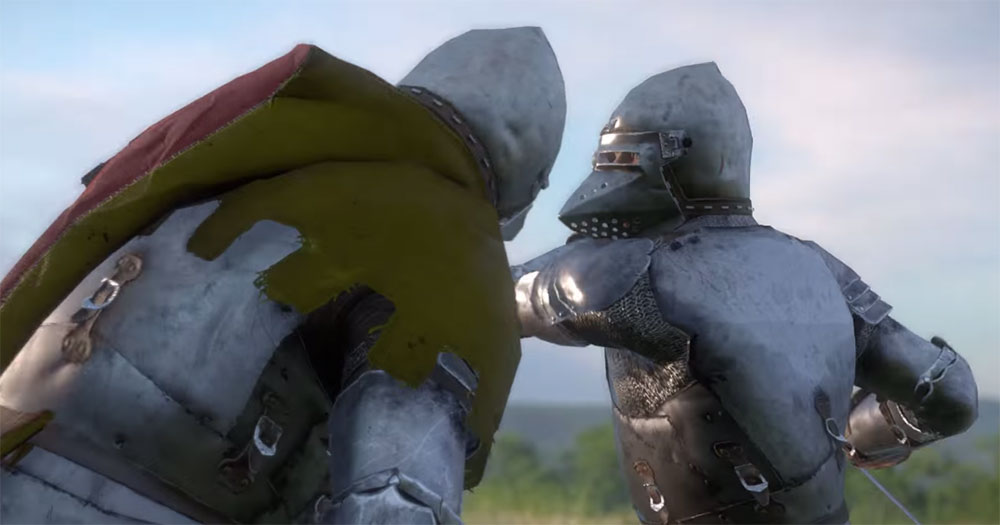 “Tis but a flesh wound!”

As pretty as the new teaser footage is though, it’s the realism in the animations and the combat which has gotten a lot of fans excited. Consider that the cloth of one knight’s tabard rips where he is struck and that both combatants have the ability to not only strike with the bladed edge of their weapon, but can use half swording and pommel attacks too.

Kingdom Come: Deliverance is still in a very early alpha state, but backers of the game can gain access to an early tech demo to see what the final experience will be like. Much like Star Citizen, Kingdom Come’s developer, Warhorse, is using an ongoing crowd funding model, so while it has raised just over $2.35 million so far, it’s hoping that will continue to rise throughout the game’s development.

However it has stopped adding stretch goals to guarantee that it reaches all previous promised targets first.

KitGuru Says: You can guarantee that a lot of companies watched the fall out from the Witcher III ‘downgrade’ so Warhose will likely be making sure that all footage is indicative of the final game.

Google Stadia has generally been regarded by most to be a disappointment. The game streaming …