Even though it’s been over a decade since the last Lord of the Rings film graced our cinemas and The Hobbit movies might be dealing with a different time period altogether, the Third Age is still cropping up in our games with relative frequency. The next one, Shadows of Mordor, impressed a fair number of games when its Nemesis System was revealed earlier this year, and now it’s looking to grab your attention again, with another trailer, this time discussing runes and Orc slaying super powers.

In the trailer we see Ezio… I mean Talion, gutting and decapitating Orcs at every chance he gets – remember, it’s to fight his way up so he can kill the being that murdered him and his family – but he really becomes a powerhouse when he unlocks different runes to augment his weapons with. Especially, if they’re epic ones. 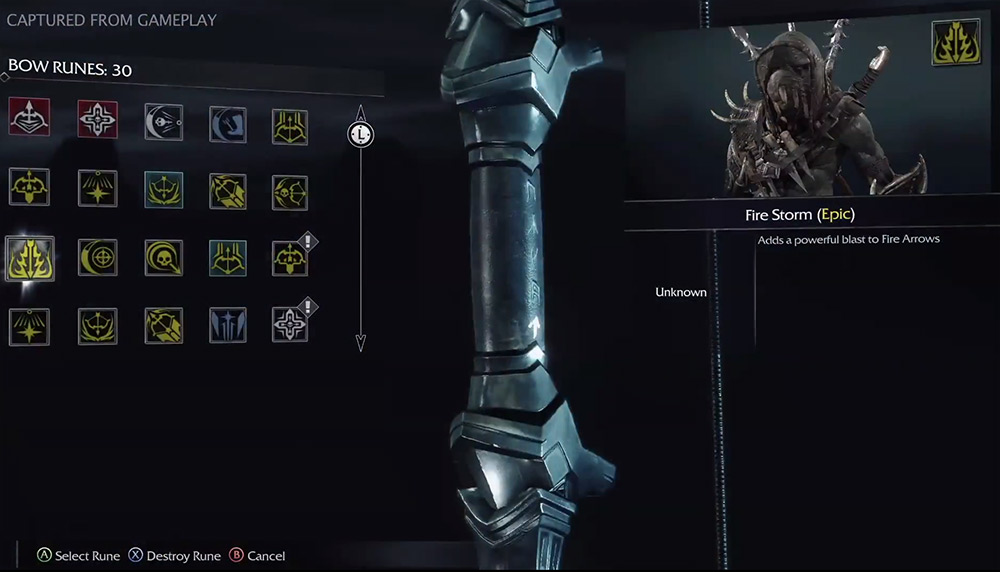 As the video explains, you unlock epic runes, by getting an Orc underling to deliver a message to his captain, threatening his life. These chieftains then surround themselves with heavy armour and body guards, making the assassination that much harder. Pull it off though and you can unlock runes that do more damage, cause spontaneous combustion, make you faster, or a variety of other gameplay additions.

Middle Earth: Shadow of Mordor is set for release on 7th October on Xbox 360, Xbox One, PS3, PS4 and Windows PCs.

KitGuru Says: I love the brutality of the combat, how Talion really stabs these Orcs, sending the blood flying. I just wish some of the damage was still there when the body falls to the ground. The animations look great, but there’s no visible damage once Talion pulls the blade free. It’s a real shame and something I hope they fix in the final version.