A few minutes of footage from CD Projekt’s upcoming open world RPG, The Witcher 3: Wildhunt, has appeared online, showing us a mixture of exploration, in-game cut scenes and combat. The engine also gets a good showing too, with plenty of up close shots showing serious detail in the faces of characters – though as in previous Witcher games, Geralt is the prettiest – and the environment.

In this short clip we see Geralt making his way through a swamp, finding a small child who leads him onwards to his objective, but not before he fights a couple of Drowners. During the combat our hero flits about with his sword, showing some of the twitch based dodge mechanics, though he does hit a lot of air. The magic looks impressive as ever however, especially when it displaces water, as there’s some truly beautiful physics going on there; ripples being sent out from the source and interacting with one another. 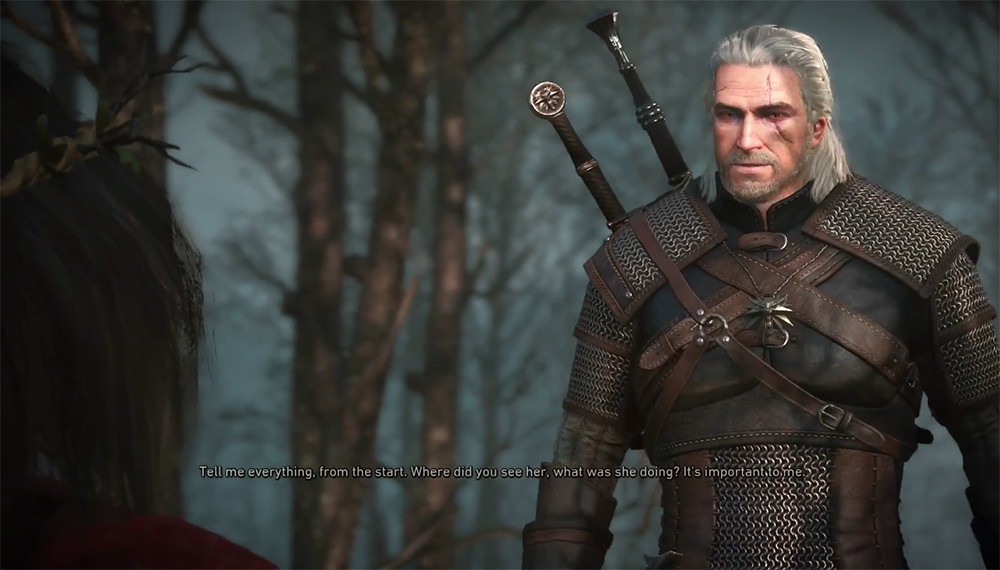 The way the characters transition from running, to jogging, to walking is incredibly smooth too.

KitGuru Says: Man that looks pretty. While not every character will have the detail of Geralt himself, he could be the most detailed in-game model I’ve ever seen.