Home / Software & Gaming / Not a plant in sight with Fortnite ‘monsters’

Not a plant in sight with Fortnite ‘monsters’

Epic Games upcoming builder, horde-defense, shooter title, Fortnite, has a cartoony theme to it despite its use of the impressively detailed Unreal Engine 4.0 behind the scenes. However, you'd be forgiven for thinking its enemies, the “monsters,” could have come from another, similarly anti-undead game, now that we know a little bit more about them.

They all come from “The Storm,” we've been told, though it seems likely this animate human bodies have something to do with the lack of people in the game: namely, they used to be them. That's especially so in the case of the husk, the most basic enemy in the game. They're essentially zombies by another name, with basic melee attacks, a shuffling gate with little to make players worry, unless they arrive in great numbers. 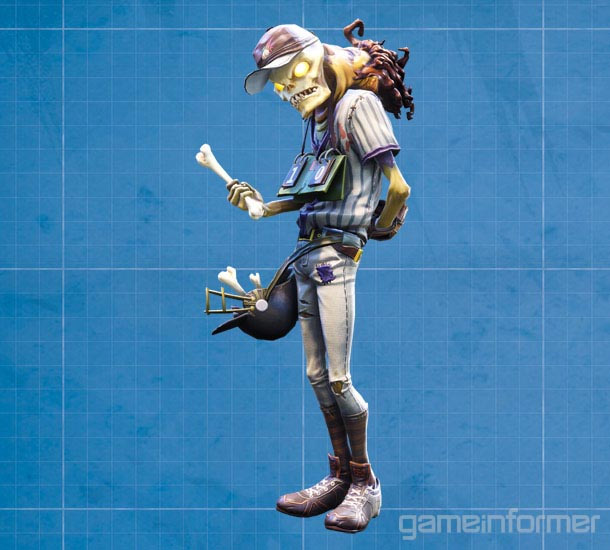 The Pitcher Husk is a base-bone wielding monster that hangs back and throws them at players, causing simple ranged damage. However the Exploding Husk is much more of a threat, since it wanders the battlefield with a can of propane on its back, which explodes when the husk dies.

Flinger's while not too difficult to take down according to its GameInformer profile, do provide a tactical quandary, since they'll throw enemies right over your defences, sending husks scurrying about your base. However you only really need to get worried when the Lobby Husk shows up. She throws flaming skulls in a looping arc, meaning she can hit your roof just as much as the walls of your fort. 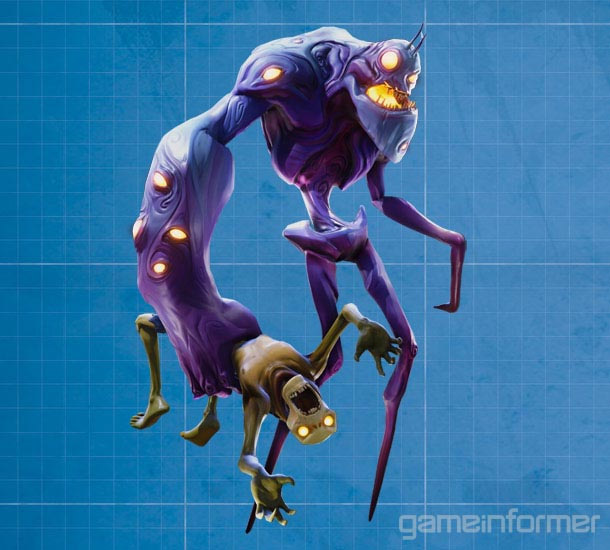 The Smasher is the L4D tank of the lot, with a giant fist that opens up holes in your cranium as well as your base, so it's a priority to take them out fast when you see them approaching.

There's a lot of other enemies that we haven't had a chance to look at yet too, including Beehive Husks, Ninja Husks, Husky Husks and that little sneaky one that opens doors of course.

KitGuru Says: After seeing the Pitcher Husk, I nearly expected one with a cone on his head and another with a screen door in-front of him.