Good old Games, or GoG (I had to see how many times I could fit ‘games' into the title) has seen fit to add to the growing pile of Warhammer titles set to be made available this year, by bringing some its classics to the platform. While there is a notable absence of Dark Omen, some of the most well remembered GW games of old are now compatible with modern operating systems and come with the usual manual and other gubbins.

The games in question are the X:COM like, Warhammer 40,000: Chaos Gate, the punishingly difficult and UI heavy Warhammer: Shadow of the Horned Rat and the ‘epic' turn based strategy, Final Liberation: Epic 40,000. Although reviews suggest that a few bugs exist with one or two of them, GoG has been quick with patches and has already fixed up more than one issue in the less than 24 hours since they launched. 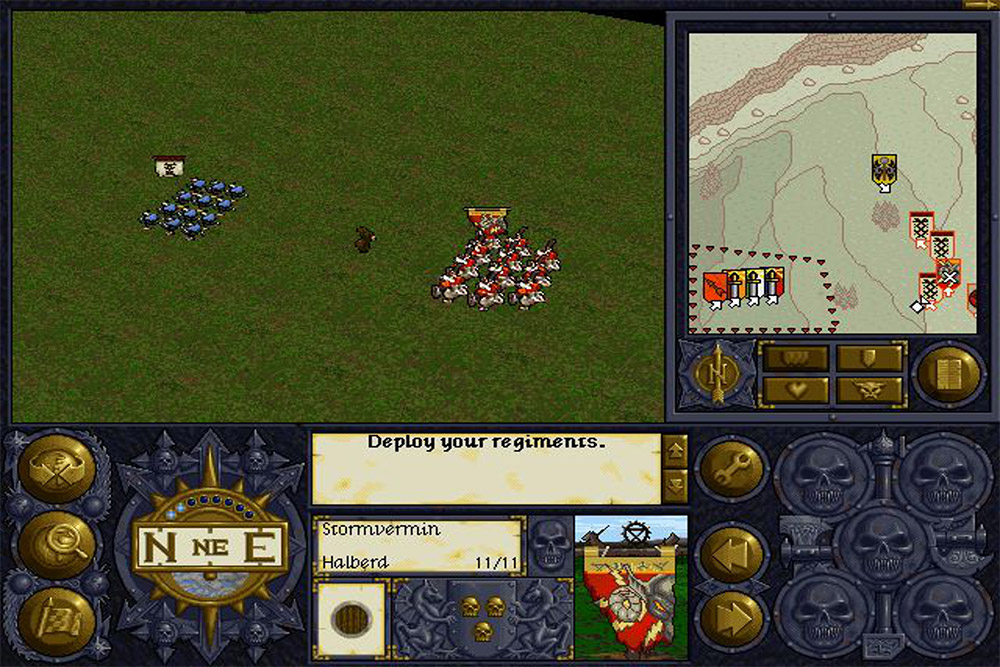 If there was one thing they loved in the '90s, it was a massive UI

These three add to the already expansive list of Warhammer related titles coming this year, which includes Bloodbowl 2, Mordheim, Battlefleet Gothic: Armada, End Times: Vermintide, Total War: Warhammer, Regicide… and that's not even all of them.

Finally it seems that Games Workshop has realiased that its IPs are its strongest property and that in reality, video games merely bring in more fans for the tabletop experiences, even if it is expensive.

KitGuru Says: Darm Omen is the big one I want to see, though once I've finished with Xenonauts, I might be in a good position to take on Chaos Gate.