Phil Spencer expects everyone to adopt Play Anywhere in future

Head of Xbox at Microsoft, Phil Spencer, is so confident in the company’s new “Play Anywhere” initiative, that he thinks other big publishers will get on board with it in the future. Presumably he means giving players free copies of their games for the PC if gamers buy them for the Xbox, but theoretically it could apply to the PlayStation4 too.

Microsoft’s Play Anywhere policy is one that is designed to unify the Windows PC and Xbox One platforms, as well as make gamers feel like they aren’t being fleeced for every pound and dollar they spend. It means if you buy an Xbox One game from Microsoft that also had a PC release, like Gears of War 4, you’ll also receive a copy for the PC. You can play on both platforms and use the same cloud saves.

Microsoft games will all be Play Anywhere titles moving forward, but it’s something that Spencer believes other publishers will get on board with in the future, to offer their customers a better experience and a better overall product. The indies got it from the start he said, but it would take the bigger companies a little longer to come on board. 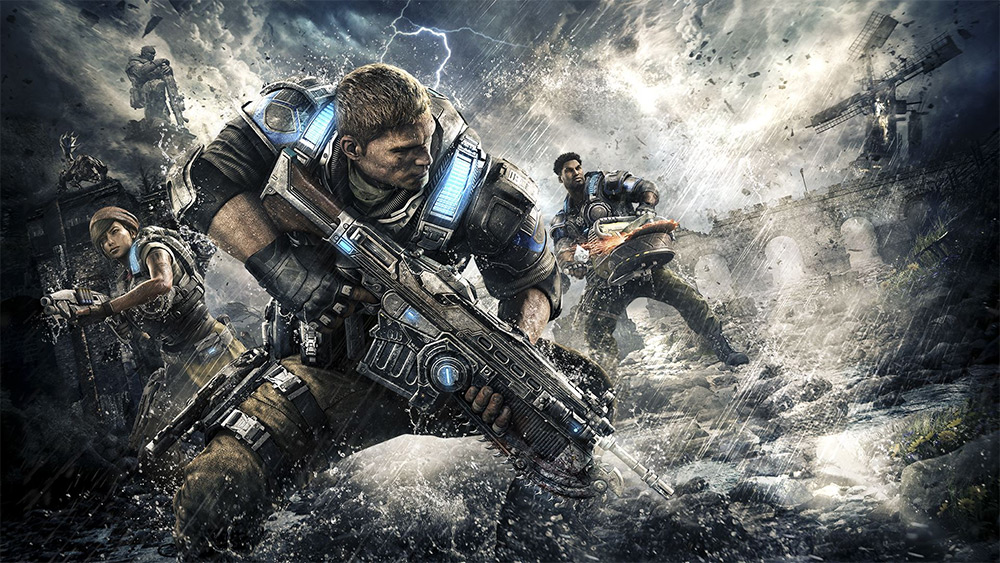 “I’d say some of the bigger traditional third party publishers, they want to see how this works out for us. There’s always a fear that you’re ‘giving away two games for the price of one’. I’ll say I think there are very few people that actually buy a game twice, once on PC, once on console.”

In reality he said, you’re just allowing people to play your games more often and he hopes that catches on.

KitGuru Says: That’s likely a sentiment that extends to PS4 gamers  as well. While we would be unlikely to see cloud save functionality between the Sony console and Microsoft’s Windows platform, there shouldn’t be anything stopping PS4 publishers from giving away a PC copy too.

Previous Samsung’s new Quantum Dot gaming monitors have launched
Next Denuvo may have lost the battle, but it wants to win the war