2015 looks set to bring some classic, cooperative sidescrolling action to the PS4, with Viking Squad from Slick Entertainment. Charged with collecting riches and powerful artefacts for your sovereign lord, who due to his rather ghostly looking skin and eyes suggests he’ll be an end boss of sorts, up to four players can take the fight to the local bears and other furry critters in order to steal their stuff.

Players will have a choice of four distinct characters, each with their own special abilities, equipment and moves. Weapons and armour can be equipped and changed throughout the game, varying the gameplay and your character’s progressions throughout.

In the release, Slick Entertainment explained that it wanted to implement plenty of skill based gameplay, by locking characters to lanes and making critical hits more about timing than a random chance of added damage. Players will have the option of a heavy attack, but timing it just right will be the difficult part. 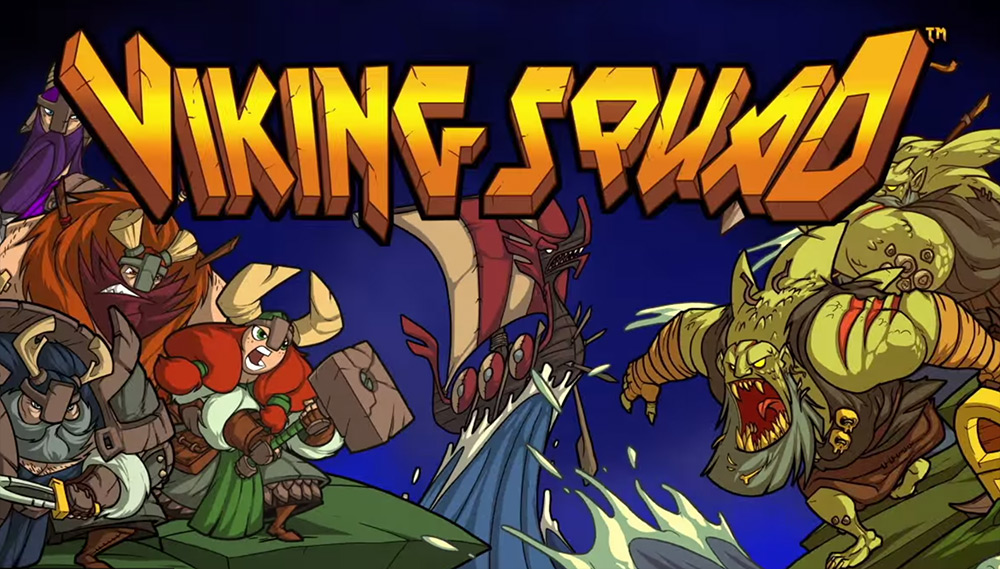 “Every playthrough takes players on a voyage across the sea to raid neighbouring enemies. After exhausting supplies your party returns with what you were able to take away, you then re-equip and do it again. Hopefully getting further than you did before,” said Slick Entertainment, describing the game as having some very light, Rogue-like elements.

Viking Squad is coming to the PS4 only in 2014. However the creators did say that they were considering Vita.

KitGuru Says: Hopefully this ends up with a PC release too, it looks fun. Castle Crashers was probably the last game like this that I had a go on.