Following on from its recent post about changes to vision items and map control in League of Legends season 4 and its preseason, Riot has posted up another break down of changes it's going to be making to the game, this time affecting supports and the items they usually take, hopefully making them more exciting to play and letting them have more of a combat impact later in the game.

The blog post begins by discussing the problems with the meta at the moment, with supports handling most (if not all) of the warding responsibilities, whilst generating the least amount of gold, having the least ability to defend themselves and that warding often takes them away from the champion they're supposed to be protecting.

To address these issues, Riot is introducing a handful of changes that could have a real impact on the way supports play and the roles they occupy. These are as follows:

Supports will also be able to gain extra income from new masteries that reward players in shared lanes and increased assist rewards. Assists will now snowball, so the more assists you get, the more gold you'll get from that. There will also be tweaks to existing items, that should make a big difference.

To prevent this extra gold from making champions designed to offer more crowd control than damage too powerful late game, certain dedicated supports may have their passives scale with AP to allow them to offer more utility instead of making them big damage dealers.

KitGuru Says: As someone who dips in and out of support play, I'm down for changes like this. Should make the late game a bit more interesting. What about you guys though, what do you think? 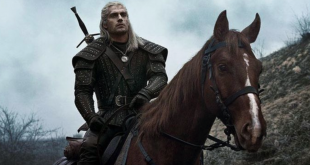 The Witcher returns for Season 3 next Summer

While Netflix's live-action Witcher series has been well received so far, but there was quite …