Splatoon 2 to have open-play test event in March

Splatoon 2 is one of the Nintendo Switch’s most hotly anticipated releases, but it won’t be arriving until sometime in Q2 or even Q3 of this year. Fortunately for early adopters of Nintendo’s upcoming console, there will be a public test event over the weekend of the 24th March, letting everyone have a few hours to sling paint together and at one another.

Much like the original game, Splatoon 2 is all about covering a map in paint, using a third person perspective and some quick-squid thinking to get the job done. It’s likely to be a big success and help generate hype and interest in the new machine, though its later-in-2017 release isn’t helping that. 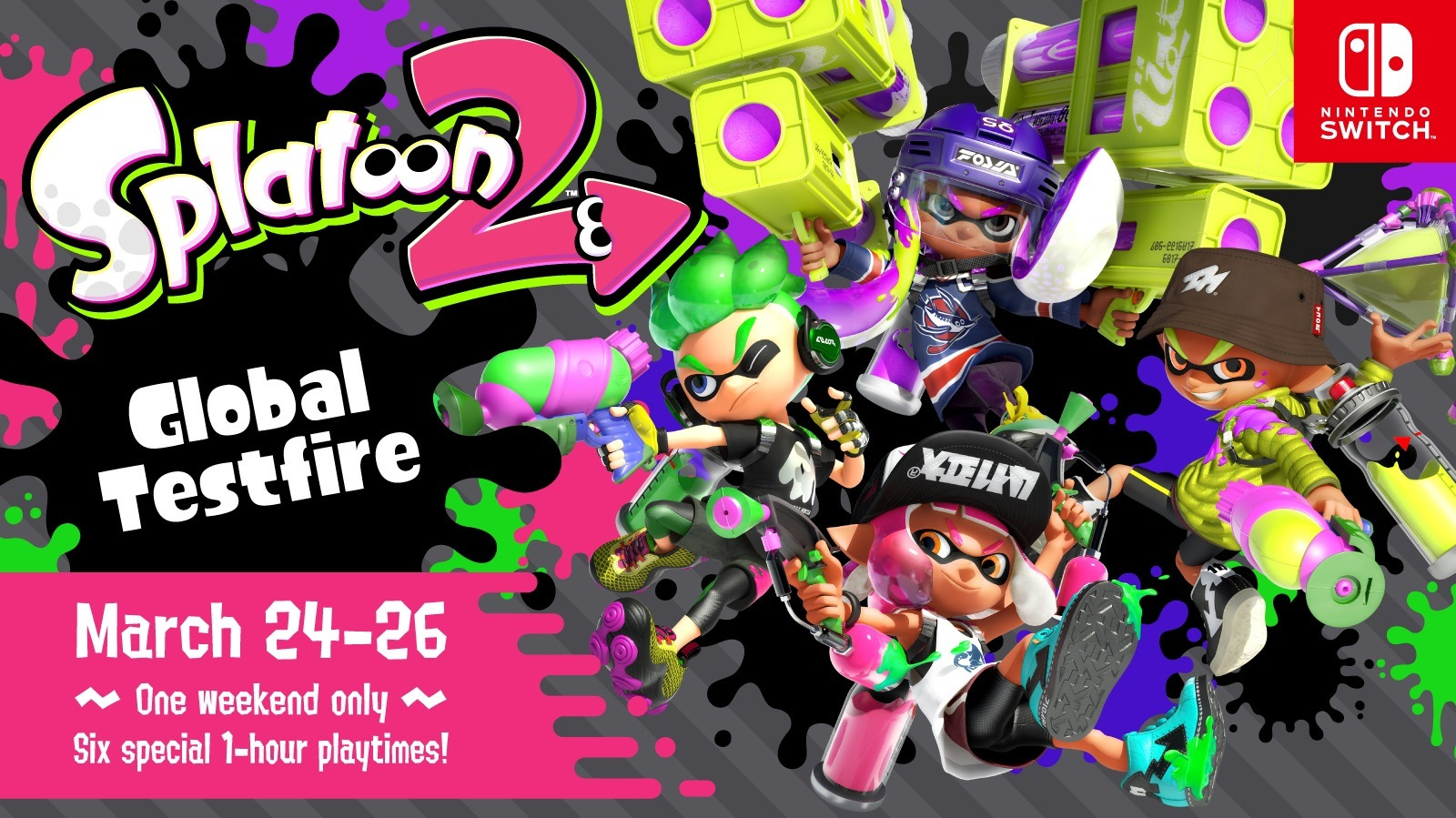 The Global Testfire Event will act as a stress-test for Nintendo servers, but won’t run like your typical open beta or test event. Instead of running throughout the whole weekend, the test event will begin on 24th March at 12PM PT (8PM GMT) but will only last for one hour. It will then resume at 8PM (4AM GMT) and shut down again at 8:59PM. Several more hour-long tests will be conducted on Saturday at 4AM, 12PM and 8PM PT (12PM, 8PM, 4AM GMT) and again at 4PM (12AM GMT) on the Sunday.

Throughout the event players will have access to four different weapons, including a couple of new ones, as well as a limited selection of maps and game modes.

KitGuru Says: The system of only running the test for an hour at a time is a bit naff. Unless you are ready to go at the start of each event, you’re unlikely to get more than a few games in. Still, it’s cool to know that anyone unsure about Splatoon will get a chance to demo it before putting their money down for it later in the year.

Previous AirBnB host fined in New York, could spell future crackdown
Next Journalists who report leaked information could be jailed under amended act