Journalists who report leaked information could be jailed under amended act

The British government has announced plans to criminalise the practice of reporting on leaked documents, in an update of the Espionage Act. The move, which could see journalists jailed for as much as 14 years, is being called a campaign against whistleblowing, by detractors.

Over the past few years, as surveillance of citizens has increased by countries like the U.S. and UK, leaks from whistleblowers and hackers have become much more common place. People like Edward Snowden and Chelsea manning have been criminalised for their revelatory acts, while journalists have aided them in getting the information out to the public. That may change in the future if the proposed tweaks to British law are made.

As it stands, the only criminal act involved in acquiring secretive government or corporate information is the process of stealing it away in the first place. There are supposed to be laws in place to protect those who do so in the the name of public interest. In the UK, there is the Public Interest Disclosure Act 1998. President Obama too promised to protect whistleblowers early in his presidency, though he prosecuted more than any of his predecessors. 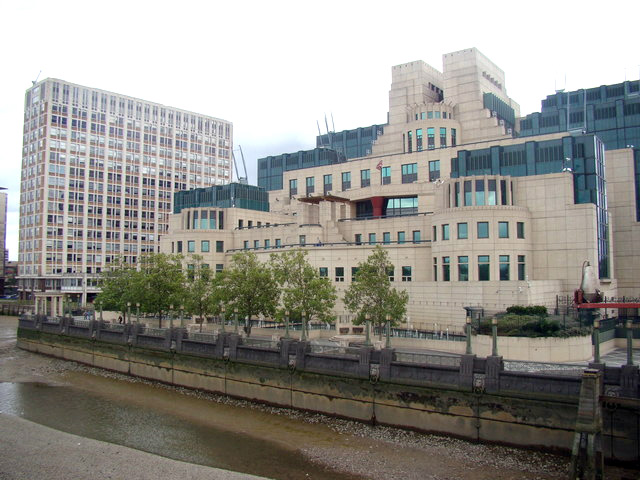 Mi5 and Mi6 were both consulted when drafting the legislative changes. Source: Robert Lamb/Geograph

Britain doesn't have quite such a history of targeting whistleblowing, but is looking to cut off avenues for their documents to be published with these proposed changes to journalistic freedom. Even leaking something relating to the proposed Brexit plans, could theoretically fall foul of the proposed law changes. It even seems to cover anything to do with British “economic well-being,” which is vague enough to cover a wide range of issues.

The Telegraph quotes leading human rights barrister, John Cooper, in saying that any such law changes would: “undermine some of the most important principles of an open democracy.”

With little oversight of government surveillance as it is, the concern if such a legislative change is made, is that it could effectively remove any safeguards against government overreach, as there would be far less fear of repercussions in the court of public opinion.

Jim Killock, head of the Open Rights Group said in a statement:

“It is clearly an attempt to criminalise ordinary journalism. The idea seems to be to criminalise the act of handling leaked documents which would prevent the public from knowing when the government is breaking the law.”

He even called the matter “un-British”

KitGuru Says: Theresa May really does love the idea of a 1984 future. Unmetered surveillance and now no way to hold those who commit crimes in the upper echelons of power to account.