As much as fans have clamoured for it over the past decade and more, Square Enix doesn’t seem like it has any interest in remaking Final Fantasy VII, perhaps the series most beloved entry. However it is keen to milk certain aspects of it, with the latest iteration of the game world known as G Bike, featuring some of the vehicular combat from the original, as an android and iPhone application and now we have a brand new trailer to give us a better idea of how it will play.

The trailer shows off the endless-runner-like gameplay, featuring dodges, jumps, dashes, dips, dives and dodges, as well as a smattering of combat with smaller enemies as well as a monstrous ones. Gameplay is said to involve taking on specific missions, with the aim to complete them before the road runs out. You’ll be able to customise your bike to your liking, giving you better stats to progress further at higher levels. 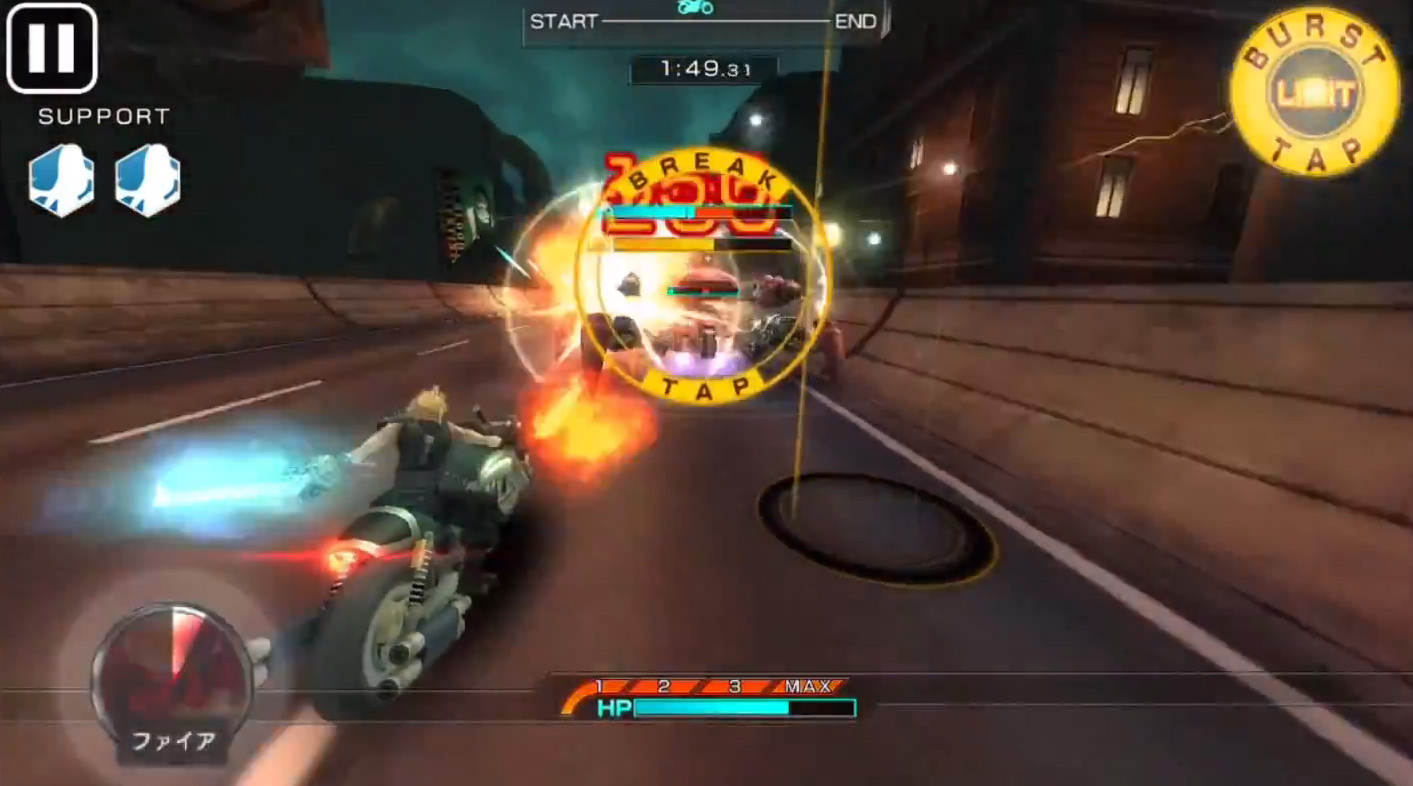 We also know that the game will support both Android and iOS handsets and will be free to play, with in-app purchases. The release date however remains a mystery for now, as Square is keeping tight lipped on the matter.

KitGuru Says: It is a bizarre tactic of Square’s, to release minigame elements of FFVII and yet it won’t go the whole hog and remake it properly. Oh sure it re-released the PC version, but without any of the graphical improvements that modders have made over the years.