Over the past two decades, as dedicated GPUs have given us more and more powerful PCs, able to render more and more impressive visuals, we’ve all become intrepid spelunkers of the uncanny valley. That’s the sloped sided trough, where visuals are just good enough to make our brains think they’re real, but not real enough to think that something isn’t off about them. As pretty as Square Enix and Nvidia’s new demo is, we’re still not quite ready to climb out just yet, but that doesn’t make it any less impressive.

Shown off at Microsoft’s Build conference, the crying woman from a Final Fantasy demonstration is stunningly realistic, thanks – we’re told – to the power of DirectX 12, though Nvidia’s beefy quad-SLI set up in the PC running it had a pretty big helping hand too.

Of course, what we see at the start of the video is impressive, but pre-rendered, right? Not so, as we soon find out, when the demonstrator on stage takes control of the scene, changing lighting and other elements on the fly. This is no baked in clip, it’s all being run in full three dimensions. When zoomed in on too, the detail on the model used for the witch character is near unprecedented. The underlying polygons are almost invisible and the sub-surface scattering on her skin gives it a very realistic hue. 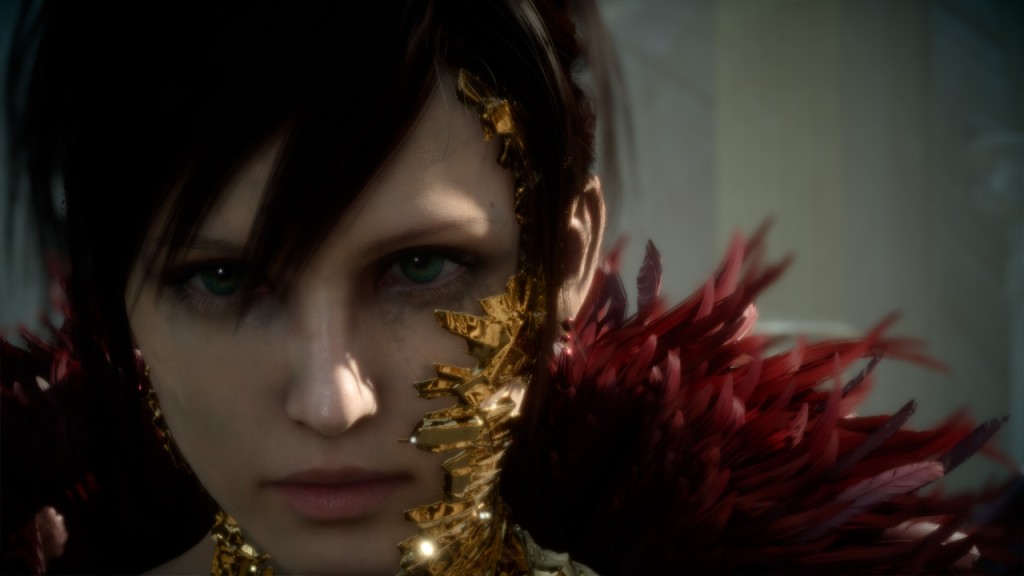 For some numbers, there’s over three million polygons in her character, covered in 8k x 8k textures and for the hair alone, there’s more than 50 shaders being used to achieve that depth effect.

Although there is an odd flicker of textures and the witch’s bracelets disappear into her wrists at certain points in the demo, it’s still undeniably impressive, and shows that we’re in for some real visual treats with this next generation of operating system and graphics cards. Still, I don’t think many of us are quite ready to run four monstrous GPUs just to get it, so hopefully the resource overhead required is reduced in the coming months.

KitGuru Says: Impressive stuff, though it shouldn’t be too surprising considering Square was the one that blew us away with its demo of the same character back in 2012, called Agni’s Philosophy.