Gamers and video games in general often get a beating for some of the more negative aspects of the hobby, which is why we’ve made a habit of highlighting some of their many plus points and positive stories over the years. Today we get to write about another such story, as in the wake of the passing of beloved actor Leonard Nimoy, tributes have sprung up in a number of places, but most notably in the form of statues within the MMO Star Trek Online.

The two statues are located on the game’s New Romulus and Vulcan planets, each with a quote from the man’s most famous character, Mr Spock. The one on Vulcan has the phrase that Nimoy would later use to end most of his tweets with (in acronym form): “Live Long and Prosper.” At the statue on New Romulus, the inscription reads: “The needs of the many outweigh the needs of the few.” 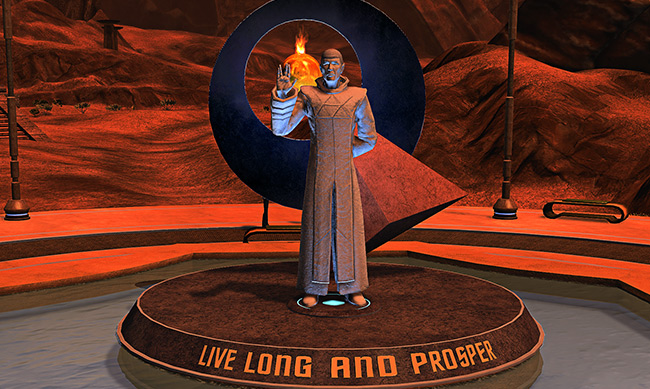 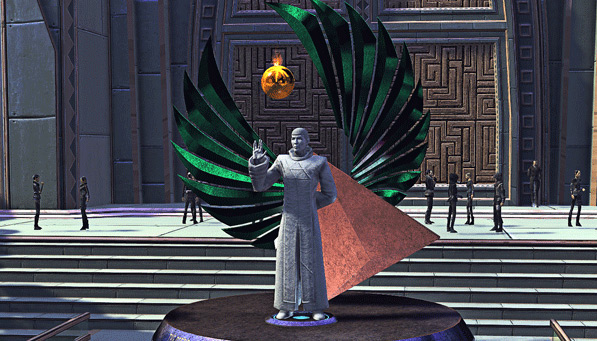 Each statue also comes with a small plaque that has the names of all of the original Star Trek cast that are no longer with us, including James Doohan, Majel Barrett and DeForest Kelley, who played Scotty, Nurse Chapel and Bones respectively. The name of original Star Trek creator, Gene Roddenberry is also present. 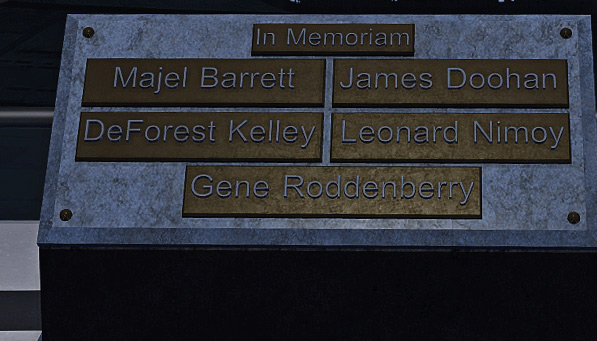 To further memorialise Nimoy’s passing, black flags will also be hung in Earth Spacedock, Qo’noS, and New Romulus throughout the next week.

In the future, developers plan to make the memorials interactive, whereby players passing through will be able to read the names of those that are no longer with us, find out more about them and read personal quotes that they made about the show and their lives.

KitGuru Says:  This seems like a fitting tribute for a man who once wrote “I am not Spock,” only to seemingly change his mind a few decades later and embrace the character with a follow up, “I am Spock.” LLAP sir.