Wargaming makes pledge to end pay to win in F2P

One of the biggest concerns people have with free to play games, is that by monetising them through unlocks or experience boosters, it can often make it far easier to make your way through game content or unlock more powerful stuff, if you simply dump cash into the game instead of actually playing. In order to cauterise this stigma and make its games more competitive, Wargaming, the developer of World of Tanks, has announced it will be removing any gameplay advantages from micro-transactions.

“We don’t want to nickel and dime our players – we want to deliver gaming experiences and services that are based on the fair treatment of our players, whether they spend money in-game or not,” said VP of publishing Andrei Yarantsau (via PCGamesN).

Until recently, it was par for the course to spend hundreds on getting the biggest gun barrel possible. Because… you know.

Ultimately, he said, World of Tanks and the upcoming companion titles World of Warplanes and World of Warships, should present an even playing field for everyone that joins. On top of that though, Wargaming is keen to push into the lucrative Esports business, something that MMOs don’t have a history of making much of an impact on.

“Our new World of Tanks features, including recent changes in our business model, are aimed at further growing our games in this direction,” Yarantsau said. “Professional sport – and gaming is no exception – is about fair competition. The introduction of our new free-to-win system will really help facilitate the development of World of Tanks as a true eSports discipline.”

KitGuru Says: Do you guys like the sound of where this is going? I’ve never really thought abut MMOs as being esports compatible, but I suppose at the top end there’s no reason why not. 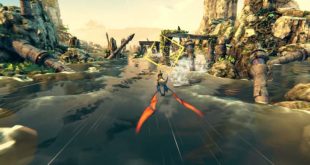