Compulsion Games has quite a unique philosophy: it wants to develop games that don't involve hitting monsters with big sticks. That's an admirable goal, but if you don't manage to fit in to its latest game, We Happy Few, you can expect to get hit with a real kick and lashings of the old ultraviolence, in this futuristic 60's take on a heavily monitored future.

But why would you not want to fit in? Everyone in We Happy Few is having a whale of a time. They all have smiling, happy faces and get to take drugs that make life wonderful all of the time:

Yes, living in the happy town of Wellington Wells looks like a dream, but apparently your character isn't quite as happy as everyone else. In-fact, you want out, which is why the others there aren't to keen on the fact that you're bringing everyone down with your lack of fun. Until you can make your escape though, you'll need to blend in with the crowd, smiling away and taking your ‘Joy' as usual. 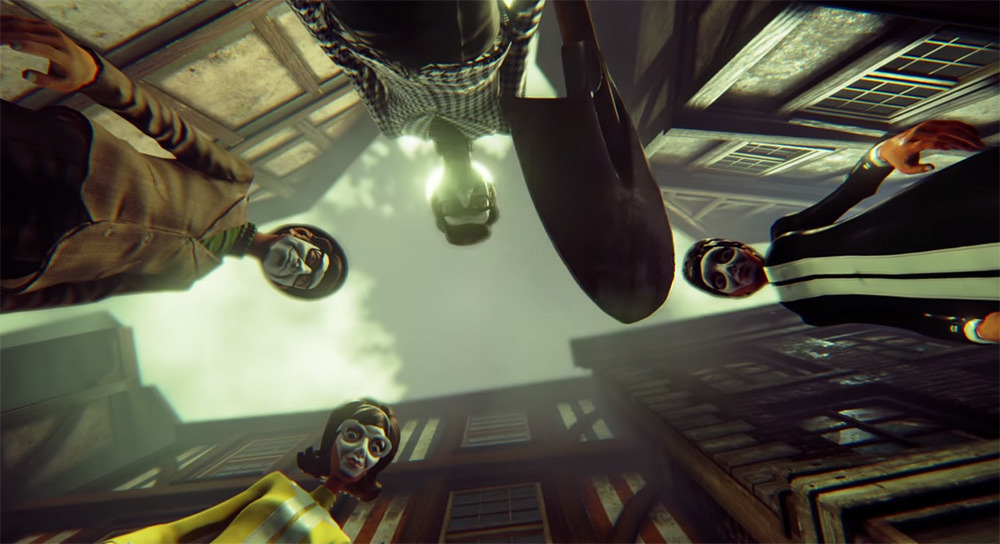 We Happy Few is currently in development by a small team of 11 at Compulsion Games, who previously worked on the shadow switching title in a similar art style, Contrast. The team plans to show it off its new game for the first time at PAX East in Boston between the 6th and 8th of March. The game is still in the early stages and Compulsion is keen to get fans on board to aid it in shaping development, so will be looking for some pre-alpha sign ups soon.

KitGuru Says: I really like the look of this. If it can give us a Bioshock Infinite-like world that you can wander around in without having to resort to combat every five minutes, that would be awesome in its own right, but throw in a creepy British, 1984 vibe with lashings of Clockwork Orange and that just might turn my interest up to 11.