A big Metal Gear Solid V announcement is due on Wednesday

Kojima Productions is teasing a bid Metal Gear Solid V announcement for Wednesday with a new 48 hour countdown clock on the MGS website. The dramatic countdown seems to allude to a fairly significant announcement regarding the title, which is due to be released this year, although there has been no set release date yet.

Right now, publisher Konami has left no clear hint as to what could be in store for us on Wednesday. The last big announcement we had regarding the game was that it would be coming to the PC via Steam this year, presumably at the same time as the consoles. 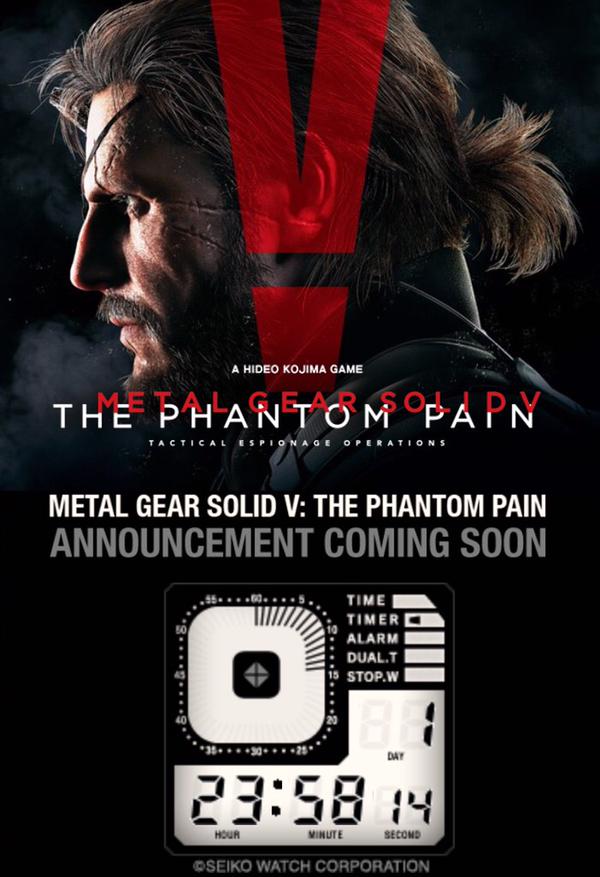 Since there is no set release date yet, it makes a great candidate for a possible announcement. The timer will run out on Wednesday the 4th of March at 2pm UK time, or 6am Pacific Standard Time.

The game is set to launch this year and will bring the return of Metal Gear Online, a multiplayer component found that debuted in a previous entry to the long running series.

KitGuru Says: There are plenty of fans out there looking forward to Metal Gear Solid V, the only thing missing is a release date. Hopefully this announcement on Wednesday will be significant and give us something to look forward to.