Call of Duty has hit a rough patch over the last few years, sales have been declining as players began getting sick of the franchise’s on-going futuristic themes. It seems that Infinite Warfare’s jump to full-blown Sci-Fi was a step too far, resulting in a low point for the series in terms of sales. Fortunately, this appears to have caught Activision’s attention, with execs promising that Call of Duty will ‘return to its roots’.

Sales for Infinite Warfare were down and as a result, so was Activision’s revenue, despite the fact that Modern Warfare: Remastered was packaged with some versions of Infinite Warfare. 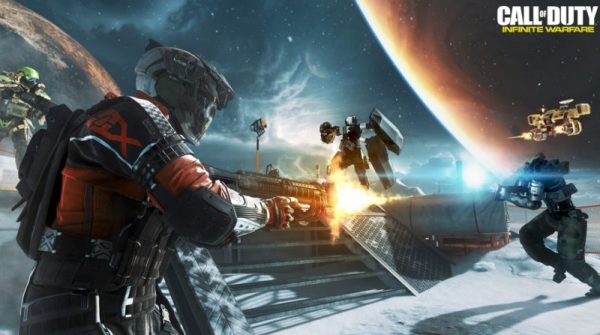 As Activision’s Eric Hirshberg explains it, Infinite Warfare’s setting “didn’t resonate” with fans and “wasn’t the success” that the publisher planned for it to be. However, it is important to note that Call of Duty is on a three-year development cycle now so this year’s ‘back to roots’ game will have been in development for some time already, prior to Infinite Warfare failing.

KitGuru Says: After Infinite Warfare failed to live up to expectations, it will be really interesting to see what direction Sledge Hammer will take for this year’s game. One thing is for sure though, jetpacks need to go and boots need to be back on the ground to get series’ veterans interested again in large numbers.

Previous South Park: The Fractured But Whole has been delayed again
Next The Nvidia Shield K1 Tablet is getting Android Nougat