Activision gives update on the state of Marvel: Ultimate Alliance

Activision re-released two well-loved Marvel action RPGs last week but unfortunately, the ports weren’t handled with much care at all. At launch, Marvel: Ultimate Alliance 1&2 had plenty of issues, which led to Marvel itself getting on the case to push Activision to fix its games. Now, the publisher has given an update of its own on the state of two games, promising fixes are on the way.

Going to the Steam pages of either Marvel: Ultimate Alliance 1 or 2 will reveal plenty of negative user reviews, talking about issues ranging from controls, to bugs, to missing DLC to sound issues. Given the high price of the games (£31.99 each), a lot of buyers have felt cheated by Activision. 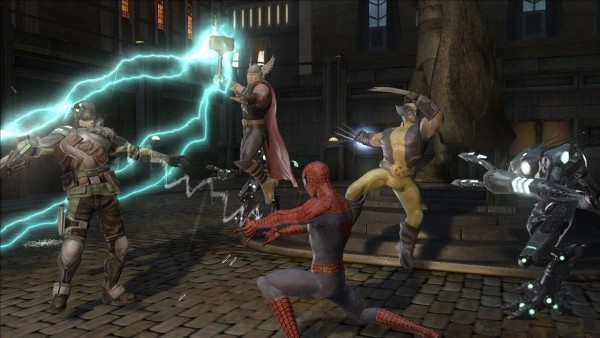 We already know that the head of Marvel itself has already had words with Activision over negative feedback. Now, Activision itself has given a statement (via Eurogamer), saying:

“Both the standalone and bundled versions of Marvel Ultimate Alliance 2 feature all of its original DLC. We are still working on making the DLC for the first Marvel Ultimate Alliance available in the coming weeks as a free update for everyone who has purchased the title on these platforms alone or as part of the bundle. We’re focused on identifying and fixing the issues that have been occurring. Thank you for your continued patience as we address these issues.”

A quick apology to those who already bought these games wouldn’t have gone amiss but at least fixes are coming. Right now, there is a PC patch available for Marvel: Ultimate Alliance that aims to address controller mapping issues, fixes for audio crackling and online/co-op play.

KitGuru Says: If Activision wants to charge over £30 for a decade old game, the least it could do is release it in a respectable state. Hopefully those that did fork out the cash will be able to enjoy the game soon.