Activision teasing the return of Sierra

Activision appears to be reviving the Sierra Entertainment brand as a short teaser trailer went online overnight,  letting us know that we can expect an announcement at Gamescom later on this month.

The developer and publisher combo is best known for games like Phantasmagoria, Space Quest and Gabriel Knight. The teaser depicts a character walking towards a snowy mountain shaped like the Sierra logo: 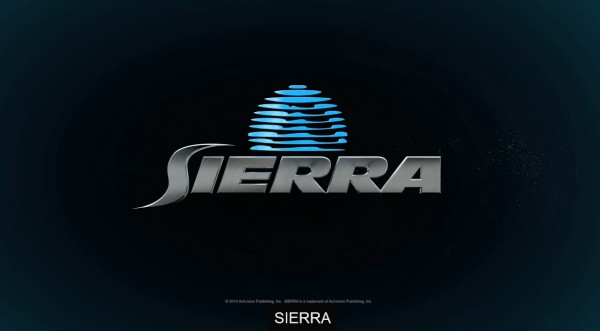 We don't know what Activision intends to do with the brand just yet but more information is set to be revealed at Gamescom, which takes place from the 13th of August to the 17th.

Sierra became a part of Activision in 2008 when its parent company, Vivendi Games, merged with the Call of Duty publisher in order to form Activision Blizzard. Sierra was previously known for publishing several Spyro the Dragon and Crash Bandicoot games. In addition, it also had a hand in some of Valve's early titles such as Half-Life and Counter Strike.

KitGuru Says: This is just another reason to be excited for Gamescom.  Hopefully we see some game announcements, I've still got my fingers crossed for Dishonored 2. What do you guys think the resurrection of Sierra will lead to? What would you like to see announced at Gamescom?