Sony Corp. on Thursday introduced its first curved ultra-high-definition television, following LG Electronics and Samsung Electronics. Sony targets high-end of the TV market with its Bravia S90 TV-sets that come with 65” and 75” panels.

According to Sony, the screen’s precisely-calculated curve pulls viewer right into the action, making lifelike viewing comfortable for everyone in the room. Sony calls its Bravia S90  as “perfectly curved” TVs. 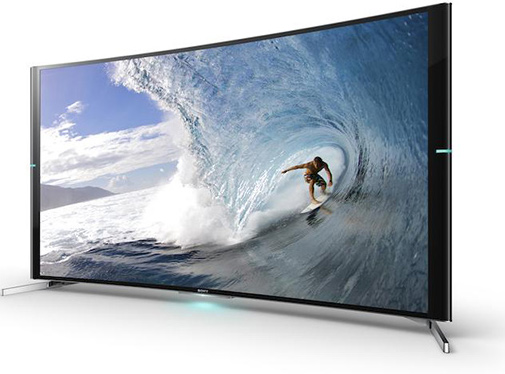 KitGuru Says: We still have almost nothing to watch in UHD resolution, but with Sony’s Bravia S90 the limited amount of 4K movies will be a little bit more immersive.