APB Reloaded is coming to the Xbox One and PS4

APB: Reloaded will no longer be exclusive to the PC platform as Deep Silver's free to play title has been announced for the Xbox One and PlayStation 4 consoles. The console port will launch during the second quarter of 2015, meaning that we can expect it before the start of the summer.

The game will retain the PC version's micro transactions. In order to play online, Xbox gamers will need an Xbox Live Gold subscription while PS4 owners will be able to get on without PlayStation Plus. 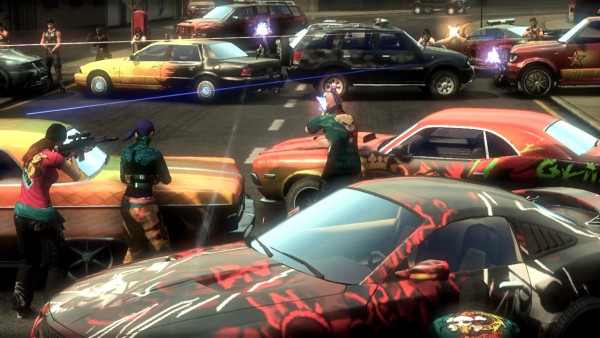 The new console versions are being developed by The Workshop Entertainment, which helped out with Tango Gamework's recent horror title, The Evil Within as well as one of the Borderlands 2 DLCs.

Workshop Entertainment is working under the supervision of the original APB developer and Deep Silver, the publisher behind Saints Row, will be in charge of publishing duties.

APB originally launched on the PC way back in 2010. However, after the original development studio fell in to administration, the game went free to play and changed up its business model, relaunching as APB: Reloaded. The game is set in a futuristic city where martial law enforcers fight back against criminal, the game centers around server wide battles between cops and criminals.

KitGuru Says: APB has been around on the PC for some time now so maybe a launch on consoles will help bring some players back to the game. Have any of you guys played APB? What did you think of it?