Home / Software & Gaming / Battleborn is getting cosmetic microtransactions this week

Battleborn is getting cosmetic microtransactions this week

After six weeks or so out on the market, Gearbox's new multiplayer title Battleborn is going through some changes, with microtransactions set to be introduced in the game. On the 16th of June, a Battleborn update will add premium character skins and currency known as ‘Platinum' to buy them.

Gearbox will be selling Platinum in packs, much like how premium currency works in many mobile games. 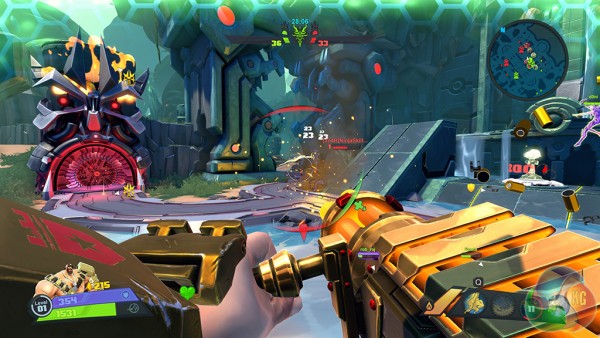 A taunt costs 230 Platinum while a skin will cost 430, so you'll need to spend at least $4 to get a skin. This money will be used to fund more of Battleborn's free updates, like the five new free heroes, new maps, gamemodes and other updates.

These microtransactions may expand to include things like XP boosts, new loadout slots or bank spaces in the future.

KitGuru Says: Battleborn wasn't a bad game but going up against Overwatch was clearly a bad idea and has had a negative impact on sales overall. Are any of you still playing Battleborn? How do you feel about microtransactions coming to the game?