Update: Dice is continuing to pump out new details on Battlefield 1. A couple of weeks ago we learned which game modes and maps we could expect to find in the game's multiplayer at launch and now, we have our first good look at the campaign mode, which is based on an alternate history version of World War I.

While Battlefield is played predominantly as a multiplayer title, the campaign modes can be fun to dip in to, with the Bad Company games being standouts for the series. With Battlefield 1, the campaign will be split into four ‘war stroies' which will focus on a different playable character with a unique skill set. You can see the first 12 minutes of the campaign in action, courtesy of YouTuber, Westie:

Battlefield 1 launches on the 21st of October. If you are looking to grab the game on PC, you can find the game's system requirements, HERE.

Original Story: The Battlefield 1 beta wrapped up last month and now DICE is preparing for the game's final launch in late October. If you have been waiting to see how much content is going to be in the final game then look no further as this week we got the final map and game mode list.

Battlefield 1 will have nine maps at launch, with a tenth map coming as a free update in December. The multiplayer will also have six game modes in total, including classics like Conquest and Rush as well as new additions … like ‘War Pigeons'. 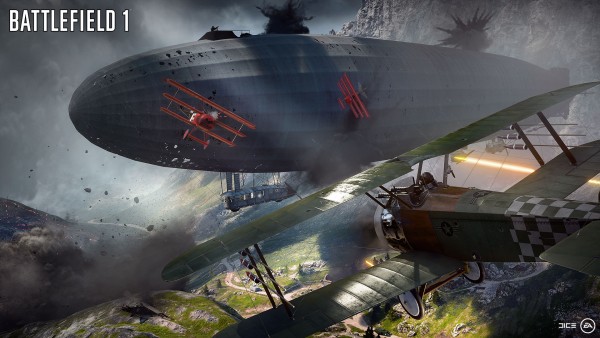 For game modes, you will get Conquest, Domination, Rush, Team Deathmatch, Operations and War Pigeons. Conquest is of course Battlefield's signature game mode with massive 64 V 64 player battles, while Rush is a smaller experience that relies more on teamwork. Operations are multi-map battles based on events from World War I, while War Pigeons is a take on capture the flag, except instead of flags, you are capturing message carrying pigeons.

KitGuru Says: This seems pretty standard as far as Battlefield goes. Did any of you get a chance to play the beta last month? Are you going to be getting the game later this year?