Home / Software & Gaming / Battlefield 2042 will be $70 on next-gen consoles, no campaign included

Battlefield 2042 will be $70 on next-gen consoles, no campaign included

This afternoon, EA and DICE officially announced Battlefield 2042 and while the trailer was great, there are some unfortunate points raised in the press release for the announcement. Firstly, Xbox Series X/S and PS5 console owners will need to shell out some extra cash. Beyond that, there will be no campaign in this entry to the Battlefield series.

While Battlefield games used to come with a cinematic campaign, the single-player portion of the game was diluted over time. In the last two mainline games, Battlefield has had an ‘episodic' campaign, keeping story to a minimum. Now with Battlefield 2042, DICE is pushing its entire focus onto multiplayer in an effort to deliver “the ultimate Battlefield multiplayer sandbox”. 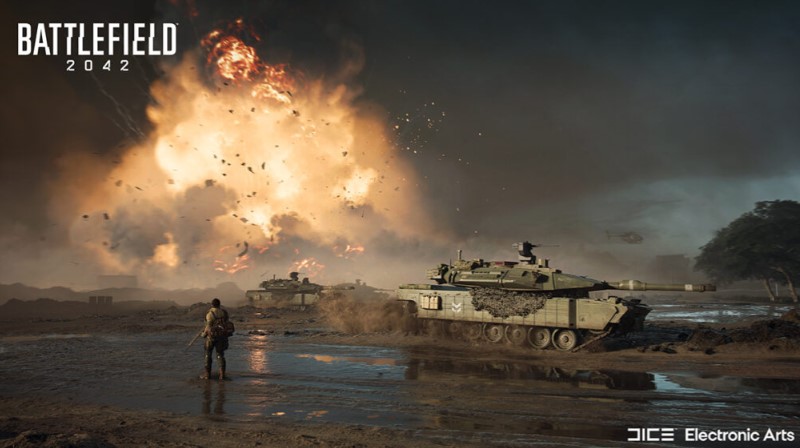 Battlefield 2042 will launch with a $59.99 price tag on PC and Xbox One/PS4. Those with an Xbox Series X/S or PS5 will need to pay $69.99 for the full ‘next-gen' version of the game. Fortunately, the price tag is less of an issue in EA's case, as there are many other ways to experience the game. For instance, EA Play subscribers will get a 10-hour free trial, EA Access Premier subscribers will get access to the game on day-one and of course, there is still the possibility that the game is added to Xbox Game Pass on console.

EA will be talking up Battlefield 2042 again later this month, as the publisher has confirmed that it will be part of the Xbox E3 2021 conference.

KitGuru Says: I would love to see another Bad Company style campaign for Battlefield but it seems the series is destined to be multiplayer-focused moving forward. What do you all think of the game so far? Are you looking forward to it?