Bioware is about half way through developing Mass Effect 4

Mass Effect 4 has been in the making for a little while now, we got our first tease of the game last year when Bioware showed off some screenshots but the team seems to have made significant progress since then. The developer had a lot on its plate when the game was first teased last year as Dragon Age: Inquisition was still in development but now that Inquisition is gearing up to release later this year, there are a few more hands available for the next Mass Effect title.

According to a tweet from BioWare Montreal Studio Director, Yanick Roy, the game is “somewhere in the middle” stages of development. 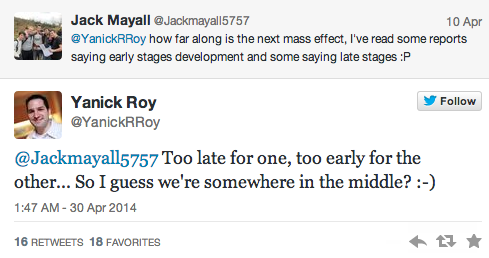 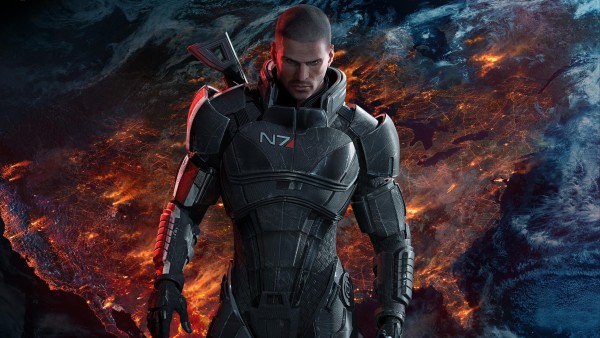 The game itself probably won’t be released for some time but we do know a few things about the game. We’ve already seen a few screenshots but we also know that the game may not even feature shepherd’s story at all, which was news that divided the fan base a little bit. However, that’s not all, there has also been a rumour going around this week after a retailer posted a listing for a next gen remaster of the Mass Effect trilogy.

KitGuru Says: I’m glad that Mass Effect 4 is being worked on and hasn’t been rushed but I’d like the events of the Shepherd trilogy to have some effect on the next game. I don’t mean old characters coming back but it would be nice to have a little nod towards the past events. What do you guys think? Are you looking forward to the next Mass Effect? How do you feel about leaving Shepherd’s story behind completely?