Last month, Blizzard officially launched its competitive mode for Overwatch and players swiftly began taking part in the first season of play. However, there have been some issues, some of which stemmed from how the new skill ranking system works, which Blizzard is now trying to resolve.

At first, if a player on either team disconnected in the middle of a competitive match, less skill points would be awarded at the end of a match. Blizzard has now revised this approach and explained it all in a blog post: “Previously, if a player from either team left mid-match, the game would automatically recalculate each team’s probability of winning, taking a look at not only who left the match, but also when they left”. 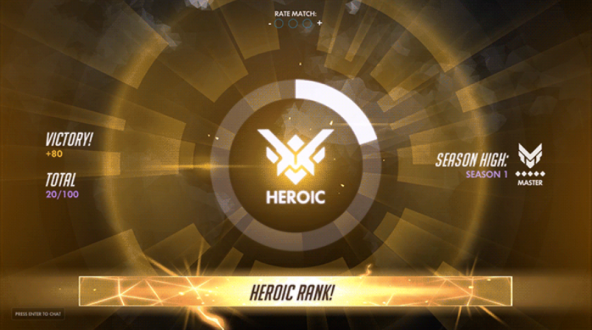 “The assumption was that if a team was a person down, the odds of them winning would go down, too, and that the most accurate thing we could do was account for this when adjusting each player’s Skill Rating at the end of the match. Despite being more accurate, we received a lot of feedback that this recalculation just didn’t feel great and that it incentivized bad leaver behavior—which is last thing we want to do in Competitive Play.”

Going forward, Overwatch will no longer recalculate the probability of each team winning a match when someone leaves in competitive mode. However, there is still a lot of confusion surrounding the skill ranking system and what contributes to it so it seems like more work may be needed.

KitGuru Says: While a lot of people are enjoying competitive mode in Overwatch, it does seem like quite a few players have issues with the ranking system. Do any of you play Overwatch competitively? Have you had any issues with it?